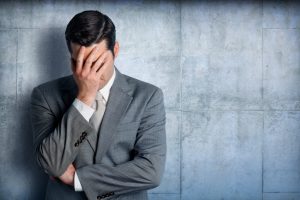 It all started when the firm’s former white collar practice chief Gerrard began working for the Eurasian Natural Resources Corporation (he began working for ENRC at DLA Piper, but brought the engagement with him when he lateraled to Dechert). ENRC hired Gerrard to conduct an internal investigation into its Kazakhstan operations.

Given that, during the time in question, Kazakhstan scored a solid 3 out of 100 in the international corruption index, this was probably a prudent move for ENRC!

This is the end of the prudent moves in this story.

Everyone knows that it’s important to set a budget in any legal engagement. ENRC planned on this matter costing around £400,000. The matter cost £13,000,000. Damn surge pricing!

The massive spike in costs came as the investigation ballooned to include inquiries into dealings in the Democratic Republic of Congo and Iran. Which, to be fair, also raise some red flags as business partners!

Though allegations arose that Gerrard referred to the billing model as “rape mode” casting doubt on the legitimacy of those inquiries. Ultimately, Gerrard got benchslapped for making leaks to discredit his client, seemingly in a bid to get them to hire him to help them out of the public jams created by those leaks? The last time we checked in on that case, Dechert had agreed to an interim $20 million payment.

Now an unrelated new lawsuit in the Southern District of New York against Dechert and Gerrard among others seeks “total damages in excess of $100 million” for obstruction, witness tampering, money laundering, mail and bank fraud, and… yes… doing the RICO.

Farhad Azima claims Gerrard and Dechert colluded with others to target Azima after Azima sought to expose human rights abuses committed by a Dechert client. Per the complaint:

Dechert played a central role in the Enterprise’s affairs and criminal activity. To carry out its scheme, Gerrard and the Enterprise relied upon Dechert’s infrastructure, partners, employees, financial resources, and reputation. Dechert received millions of dollars in fees as a direct result of the Enterprise’s continuing campaign of criminal conduct. Dechert and its leadership were at least willfully blind or recklessly indifferent to Gerrard’s misconduct. The firm ignored “red flags” regarding Gerrard beginning when it first hired him as a partner in 2010 and turned a blind eye to increasingly clear evidence that emerged over the following decade showing that Gerrard was involved in serious ethical violations, human rights abuses, and criminal activity, including hacking.

This dovetails with a lawsuit brought by former WSJ reporter Jay Solomon in the District of DC, alleging that Dechert hired hackers based in India to get his emails with Azima. Solomon says those emails included “suggestive language creating a wrongful appearance of alleged improper, unethical and/or fraudulent dealings between Mr. Solomon and Mr. Azima that never occurred.” The leaking of the hacked emails cost Solomon his job.

Dechert denies the allegations, but whether the allegations prove true or not, Gerrard’s probably not getting the Dechert alumni holiday card this year.

Earlier: Biglaw Firm About To Write A $20 Million+ Check To Their Former Client
Biglaw Partner Treated Client As ‘Cash Cow,’ Gets Benchslapped In Court Judgment
The Most Offensive Way To Refer To Biglaw Bills

The Importance of Child-Resistant Packaging

A Lawyer’s Map Of ‘The Marketing Funnel’