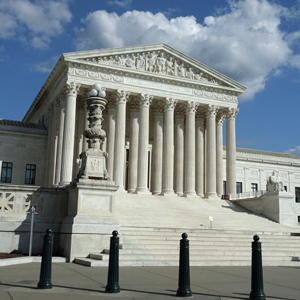 An 11-year-old girl has written to President Joe Biden asking that he nominate her to the U.S. Supreme Court.

The girl is Maddi Morgan, who told Biden that she would be able to walk to work because she lives only blocks from the Supreme Court, CBS News reports.

“It all kind of started in fourth grade where we’re learning about America’s government systems,” Maddi told CBS News. “There aren’t really many requirements to be a part of the Supreme Court. You just have to be appointed by the president. So, I thought, why not? And I just shot my shot.”

Maddi said children don’t have a voice in this county, and they should be given one.

If a Supreme Court career doesn’t work out, Maddi said she has another ambition.

“I have always wanted to be an astrophysicist,” she said.

Why Would a Homeowners Insurance Claim Be Denied in Iowa?

Why Would a Homeowners Insurance Claim Be Denied in Iowa?

You May Keep Laughing, 3Ls!