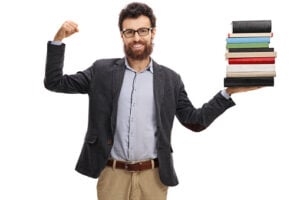 Society has been a bit more open over the past 12 months compared to the 2020-2021 pandemic season. So, I had a little less time for reading, and winnowing this year’s list down to 15 was not as much of a challenge. Still, there were plenty of good reads this time around, and I’m hoping to recapture that joy of reflecting on and sharing my past year of reading with a whip-smart audience of fellow bibliophiles. So, without further ado, here are 15 of the best nonfiction books I read during a slightly better year of everyone’s life.

Empire of Pain: The Secret History of the Sackler Dynasty by Patrick Radden Keefe

The slower moving the crisis, the harder it is to pay attention to. Nevertheless, “Empire of Pain” will have you caring so much about the opioid epidemic, and raging so much at the Sackler family, that you’ll have trouble paying attention to much else in the meantime. Topical subject too with the Sackler bankruptcy case in the news.

Say Nothing: A True Story of Murder and Memory in Northern Ireland by Patrick Radden Keefe

You didn’t think I could stop at one Keefe book, did you? The guy can write. This one features more stellar reporting and another gripping narrative. Really gave me a whole new perspective on the Troubles, and that’s saying something given that I studied in Ireland and took a bunch of Irish studies classes at the University of Limerick (yes, that’s a real place, and no, actual limericks were not part of the curriculum).

Speaking of books with a great sense of place, pick this one up if you have any interest whatsoever in the great city of New Orleans and the rich history of its traditions. I’ve been visiting The Big Easy to spend Mardi Gras with my cousin for more than a decade, and so much of what I’ve seen made a whole lot more sense after reading this book. There’s always more to learn.

For example: New Orleans and its general environs were the site of the largest slave revolt in American history. Who knew? Unfortunately, the surviving primary source materials lacked some detail that would have been nice to have, for reasons that are explained pretty well in the book. But you still won’t want to miss learning what you can about an important chapter in U.S. history that should never have been forgotten in the first place.

After the Fall: Being American in the World We’ve Made by Ben Rhodes

Rhodes deftly articulates what it means, within a global framework, to embrace American identity while grappling with the many missteps of our government. Some stuff in there now seems pretty prescient about Russia’s relationship with Ukraine too.

The mid-1800s were a horrific hellscape in many ways, but one redeeming feature was that nations were competing to outdo one another in exploration and scientific achievement. Zero in on that part of history with this, another dazzling tale of nautical adventure from Philbrick.

The Ice Finders: How a Poet, a Professor, and a Politician Discovered the Ice Age by Edmund Blair Bolles

Discovery can be a messy process though. Turns out that it was a tough sell initially to convince the scientific community that large portions of the earth were once covered by massive ice sheets. This book underscores how human foibles can both impede and advance scientific inquiry.

Death in the Sahara: The Lords of the Desert and the Timbuktu Railway Expedition Massacre by Michael Asher

Following my own idiosyncratic principle of “read about something cold, then read about something hot,” “Death in the Sahara“ was a natural choice. What a thrill, what a haunting experience this book is. Don’t start it if you have a big deadline coming up. Even if you finish this book in time, you’re going to have a lot to think about.

Storm of Steel by Ernst Jünger

The crumbling colonialism of “Death in the Sahara” is followed shortly by Europe’s descent into utter chaos. You won’t get a much more visceral feel for the first World War than the one provided by “Storm of Steel.” Jünger’s now-classic account of brutal World War I combat will make you shudder. Pair it with a trip to the National World War I Museum and Memorial if you’re really serious.

After the Fact: The Surprising Fates of American History’s Heroes, Villains, and Supporting Characters by Owen J. Hurd

You probably need some lighter history at this point, and you’ll find it here. Say, “Huh,” instead of “AH!” with this one — there are lots of fun and interesting tidbits.

Hunt, Gather, Parent: What Ancient Cultures Can Teach Us About the Lost Art of Raising Happy, Helpful Little Humans by Michaeleen Doucleff

My girlfriend is always on my case about reading more parenting books. This was about as close as I could get this year. Can’t say I disagree with much of the parenting advice. As an attorney who has dabbled in family law though, I imagine the other parent will often be more of an impediment to implementing these techniques than the child.

Wah-to-yah and the Taos Trail by Lewis H. Garrard

There, back in the more familiar territory of 1800s history. Garrard charges into the American West with youthfulness exuberance, and, fortunately for us, he kept meticulous records of his journey. He’s refreshingly progressive and culturally sensitive for his time. You’ll eat this one up if you’ve, like me, developed a mild obsession with all things Taos.

The Dragon Behind the Glass: A True Story of Power, Obsession, and the World’s Most Coveted Fish by Emily Voigt

This book doesn’t fit neatly into any category, but the writing alone makes it worthwhile. In a nutshell, some bizarre-looking fish becomes a status symbol, people behave in bonkers ways as a result, and the rest of us are entertained. Get behind it.

Accessory to War: The Unspoken Alliance Between Astrophysics and the Military by Neil deGrasse Tyson and Avis Lang

Science and warfare have always been bedfellows. You’ll get an intimate view into their strange relationship in this enlightening tome coauthored by your personal astrophysicist. I still can’t get over how many of our now-mundane-but-technologically-miraculous personal conveniences we’d be missing if we were a more peace-loving species. Humanity is weird.

Corruptible: Who Gets Power and How It Changes Us by Brian Klaas

Does power really corrupt? Yes, although it’s much more complicated than that. The dynamics of power affect your life every single day, whether or not you realize it. Learn more about how and why here, and you don’t even have to feel like you’re doing homework. Plus, Klaas is a fellow native Minnesotan and we’re all culturally obligated to promote one another’s work product.

There you go, another year of solid nonfiction reads. Get to your local library, get to your favorite bookstore, and get reading.

Jonathan Wolf is a civil litigator and author of Your Debt-Free JD (affiliate link). He has taught legal writing, written for a wide variety of publications, and made it both his business and his pleasure to be financially and scientifically literate. Any views he expresses are probably pure gold, but are nonetheless solely his own and should not be attributed to any organization with which he is affiliated. He wouldn’t want to share the credit anyway. He can be reached at jon_wolf@hotmail.com.

Getting Your Legal Bills Paid Has Never Been Easier, Thanks To LawPay

Getting Your Legal Bills Paid Has Never Been Easier, Thanks To LawPay