After BigLaw associate goes missing, her husband is named a person of interest

After BigLaw associate goes missing, her husband is named a person of interest 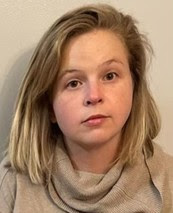 Ciera Breland, an Indianapolis associate at Gordon Rees Scully Mansukhani, has been missing since late February. Photo from the Carmel Police Department in Carmel, Indiana.

The FBI and the Georgia Bureau of Investigation have joined the search for an Indianapolis associate at Gordon Rees Scully Mansukhani who has been missing since late February.

The 31-year-old woman, Ciera Breland, was reported missing by her husband, Xavier Breland Jr., on Feb. 26. The 37-year-old husband has now been named a person of interest in her disappearance.

Publications with coverage include WSB-TV, Fox 59, Above the Law, the Indianapolis Star and Fox 5 Atlanta (here and here).

Ciera Breland is identified by the Carmel Police Department in Carmel, Indiana, as Ciera Breland (Locklair). Her law firm lists her name as Ciera L. Breland.

Xavier Breland told police that Ciera Breland left their home in Carmel after 10 p.m. Feb. 25 to walk to a nearby store.

“She reportedly was wearing a black top and purple shorts in temperatures that were in the mid- to upper-20s that night,” according to Fox 5 Atlanta. Family members said she didn’t take her ID, credit cards, her personal phone, her work phone and a burner phone that she had purchased to contact them in case of emergency.

The couple’s 5-month-old son remained at home. Ciera Breland’s parents have custody of the child and hope to bring him to their home in Georgia, according to Fox 5 Atlanta.

Xavier Breland has been arrested on an unrelated warrant and was being extradited to Georgia. He has been charged with aggravating stalking in Coweta County, Georgia.

Ciera and Xavier Breland traveled to Cleveland, Georgia, for a visit at the home of Ciera Breland’s father Feb. 19. During the visit, Ciera Breland reportedly told family members that she wanted to stay with them. Yet she left the next day to visit her husband’s family north of Atlanta in Johns Creek, Georgia.

On Feb. 22, Ciera Breland’s cousin called her but got no response.

The couple was driving in a white 2017 Volkswagen Tiguan with Georgia tag RMB 5869. A frame for Florida State University, where Ciera Breland attended law school, surrounded the license plate.

Friends and family were planning a search for Ciera Breland to take place March 11 in Johns Creek, according to Fox 5 Atlanta.

The Atlanta Journal-Constitution has more information on Xavier Breland’s legal troubles. He has been charged in Coweta County, Georgia, with aggravated stalking, violation of a temporary protection order, and harassing communications against an ex-wife.

Prosecutors allege that Xavier Breland violated a restraining order by sending harassing tests to the ex-wife and by placing a tracking devices on her car and in a stuffed animal.

Gordon Rees Scully Mansukhani issued a statement to Fox 5 Atlanta last week, which reads: “Speaking for the entire Gordon Rees Scully Mansukhani family, I can express that we have been deeply concerned about Ciera’s well-being over the past week and have been doing our utmost to assist both the local and federal authorities, as well as Ciera’s family in determining her whereabouts and helping in any other ways we can. We all pray for Ciera’s safe return and remain at the highest level of vigilance pending resolution of this extremely troubling situation. Anyone with any possible information about Ciera’s whereabouts is urged to contact the authorities immediately.”

How Do Home Improvements Reduce Homeowners Insurance Costs in Kentucky?