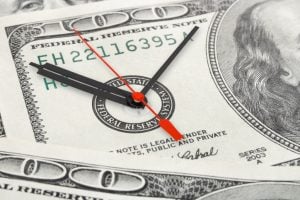 It’s October 19, and with Halloween nearly upon us, that means bonus season is right around the corner. In years past, Biglaw firms were all about treats, offering pandemic-related special bonuses amid a white-hot lateral market. But here in 2022, some firms are handing out tricks — like $0 in summer bonuses and even layoffs — thanks to a lull in demand for legal services. Associates seem especially anxious about their year-end bonuses. In fact, the thousand-plus respondents to our annual bonus season survey don’t think 2022’s overall bonus compensation will reach anywhere near the heights that last year’s did.

As a little reminder — as if you really needed one — this is what last year’s Cravath bonuses looked like, and this was on top of the Davis Polk special bonuses (which ranged from $4,000 to $23,000):

This was the first time in years that Cravath had increased the size of its bonuses across all class years. Everyone saw more money, and the most senior associates in Biglaw received $115,000 instead of the usual $100,000. All the Cravath cash plus DPW dollars made for a bountiful Biglaw payday. In short, it was a great year for bonuses. With all of that background, let’s turn to this year’s bonuses.

Considering current economic conditions, what will 2022 bonuses look like? 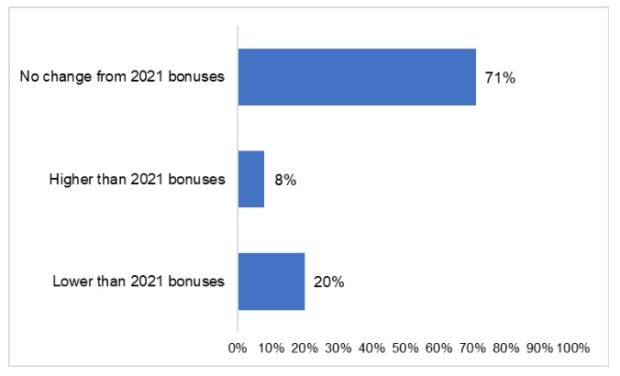 The majority of associates surveyed (71%) said they don’t expect any change from 2021 bonuses. A minority (8%) expect them to be higher, while 20% believe they will be lower. Biglaw firms better not disappoint when it comes to bonus payouts this year, because we can’t even imagine the state of uproar it would cause among associates.

Will any other money be headed associates’ way? Our survey respondents seem pretty pessimistic when it comes to bonuses on top of bonuses in 2022.

Considering current economic conditions, do you think any additional special bonuses will be offered? 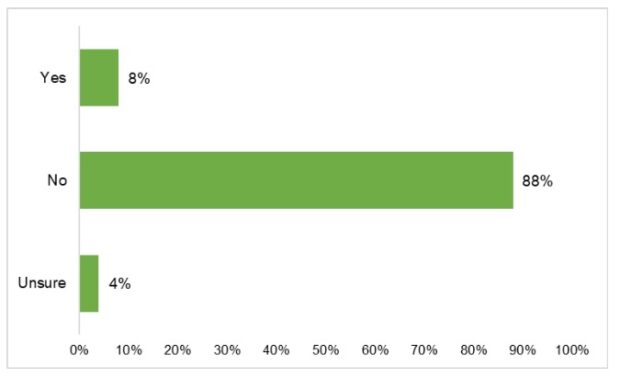 Few associates (8%) expect to see any special bonuses this year. The vast majority of respondents (88%) said they do not believe any additional special bonuses will be offered. Will Davis Polk — or really, any other firm that wants to make a very good name for itself — swoop in to save what would otherwise be a bonus season where associates receive less cash compensation than last year? We suppose we shall see.

For those of you who are wondering when your bank accounts will be a little more flush, here’s a list of the dates when year-end market bonuses hit Biglaw since 2006, the very first year Above the Law started publishing bonus news. Take a look:

For the past few years, bonus announcements had been made in early to mid-November until Cravath stretched the timeline by a smidge in 2021. Let’s see when our respondents think this year’s first bonus will be announced.

When do you think 2022 bonuses will be announced? 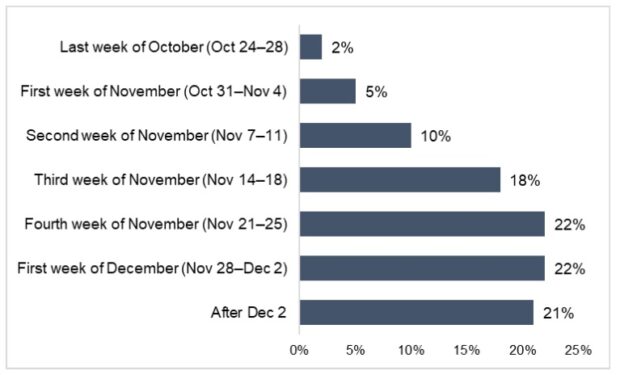 Nearly two-thirds (65%) of respondents believe that bonuses won’t be announced until the fourth week of November or later. Last year, the same proportion (65%) predicted bonuses would be announced before the week of Thanksgiving. This (sort of) lines up with past precedent set by Cravath — if we assume that Cravath will be the first firm on bonuses this year, that is.

Cravath tends to stick to a schedule as far as these things are concerned, and the firm tends to announce its bonus news on either the last Monday in November or the first Monday in the first week of December. But with other firms in the mix — especially firms like Davis Polk and Milbank — it’s really hard to say what will happen. There may be no rhyme nor reason when it comes to this year’s big bonus announcements.

While associates are busy counting down the hours until Bonus Day, they’re likely even busier counting up the hours they’re on track to bill in 2022 to meet bonus eligibility targets. Just how much are associates billing in our “post”-pandemic world? The answer is: not nearly as much as they billed last year, by any stretch of the imagination. Here are the full survey results: 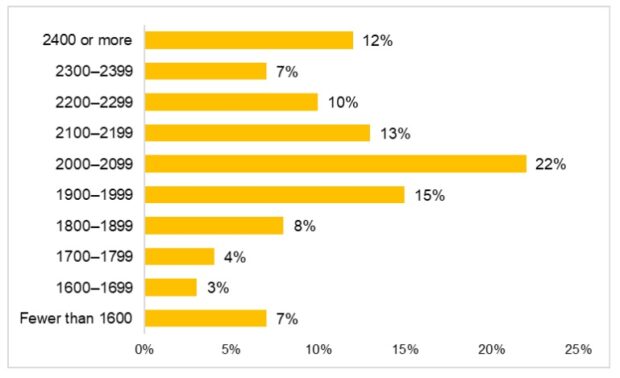 But why sour the mood with talk of layoffs? Biglaw associates can soon look forward to their bank accounts being stuffed like the Thanksgiving turkeys they’ll gobble down at the end of next month.

Remember everyone, we depend on your tips to stay on top of important bonus updates, so when your firm announces or matches, please text us (646-820-8477) or email us (subject line: “[Firm Name] Bonus/Matches”). Please include the memo if available. You can take a photo of the memo and send it via text or email if you don’t want to forward the original PDF or Word file.

And if you’d like to sign up for ATL’s Bonus Alerts (which is the alert list we also use for salary announcements), please scroll down and enter your email address in the box below this post. If you previously signed up for the bonus alerts, you don’t need to do anything. You’ll receive an email notification within minutes of each bonus announcement that we publish. Thanks for your help!

The Ultimate Guide To Going Paperless