All Systems Go For The NextGen Bar Exam, But Don’t Expect Every State To Get On Board Right Away 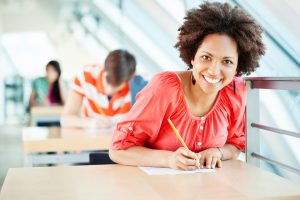 The NextGen exam is still on track for its 2026 launch, but that doesn’t mean every jurisdiction is going to launch the new test then. As reported by Reuters, during a temporary transition period, states will have the option to get on board with the test of the future or to slow play the roll out of the test.

While it isn’t clear exactly how long the transition will be, Gundersen said it is likely less than five years from the NextGen launch. State courts and bar examiners will make the decision about when to transition to the new exam.

Conference leaders have already begun meeting with officials in individual states to discuss implementing the new test, though none have yet announced their adoption for the July 2026 administration. Gundersen said courts and attorney admissions offices have said they want to make that decision early in order to give students and law schools plenty of time to prepare for whichever test they will use.

The first sample NextGen questions will be released later this year, and a prototype exam will be available in 2024.

Kathryn Rubino is a Senior Editor at Above the Law, host of The Jabot podcast, and co-host of Thinking Like A Lawyer. AtL tipsters are the best, so please connect with her. Feel free to email her with any tips, questions, or comments and follow her on Twitter @Kathryn1 or Mastodon @Kathryn1@mastodon.social.

Associates And Staff Should Have Off For MLK Day

Associates And Staff Should Have Off For MLK Day

Do U.S. Employers Legally Have to Protect Their Employees’ Mental Health?