Although Law School Admission Is More Competitive, Scholarships And Discounts Are Still Available 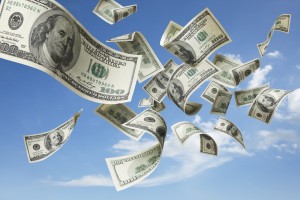 Law school admission season is underway. Which means that between now and August, applicants will get decisions from the law schools they applied to and then choose which one to attend based on cost, postgraduate job opportunities, and school location.

It is common knowledge that with the exception of a few elite schools, you should attend the school that awards you the highest tuition discounts scholarships. Even if it means spending your summer haggling with several schools. And even if it means walking away from your dream school to go somewhere cheaper. Otherwise, you will graduate with loan debt so high that you will devote the rest of your life to lobbying the government for student loan forgiveness.

To give a recent, shocking example, one young attorney admitted that she has $543,000 in student loan debt.

Negotiating down tuition is easier said than done. If your GPA, LSAT score, and intangibles are strong, then most schools will be up front with their discount offers and may offer full rides. Why? Because they know you likely applied to higher-ranked schools and got accepted to at least one of them. With costs being equal, you will most likely go to the higher-ranked school. Also, the school really wants your GPA and LSAT score to improve their U.S. News rankings and is willing to forego revenue to do it.

But if your numbers are just “good enough,” your acceptance letter probably contained no scholarships or discounts. Does that mean you are doomed to pay full tuition? Even if the school is willing to negotiate down the price, how far will they go? Where can an applicant get reliable information about prices?

One place to look is a National Jurist article which has published the net tuition (after subtracting discounts) of many law schools. According to the article, net tuition of private schools was $29,051 and nearly 80% of applicants received law school scholarships in 2020. Most schools gave discounts of 40% or more.

While the numbers sound promising, it is not a guarantee. Numerous factors will play a role in getting discounts. In recent years, the application process has become more competitive. More applicants have achieved higher LSAT scores so a 165+ LSAT score will not be as impressive as it was a few years ago. In addition, some law schools will have fewer acceptance spots because they have to admit students who have deferred the year before. And law schools have to control who they admit to ensure that their graduates have a shot at the job market after graduation.

That means that this year, law schools will be less likely to offer scholarships automatically upon acceptance. Instead, discounts must be negotiated during the admissions and decision period. And luck will play a bigger factor than usual as the new COVID-19 variant may also affect admissions decisions.

Regardless, it is still worth it to ask because the worst that can happen is you get a no, and you pay what your school of choice demands. But to maximize your chances, you will need to plan. While the topic of negotiation is worth its own column in the future, a few things are worth knowing here. First, don’t be locked to a “dream school.” Be open to attending multiple schools. Second, if you have multiple acceptance letters, you can use them as bargaining tools. Third, be nice and professional to all admissions staff as they have been through this every year. Lastly, timing is everything. If you can’t get a scholarship now, another may be available later.

Law school admissions have become more competitive due to higher LSAT scores and fewer spaces due to deferred students from previous years. However, it is still worth it to get the lowest tuition you can unless you want to graduate with large student loans which will take decades to pay off. Remember, law schools don’t owe you better grades just because you paid full tuition.

Dos and Don’ts of Designing the Perfect Website Form

Dos and Don’ts of Designing the Perfect Website Form

Want To Be A Legal Recruiter? Lateral Link Is Hiring!