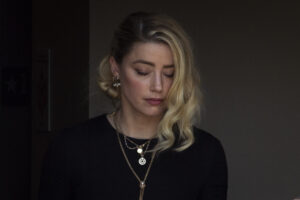 If you thought the legal wrangling between exes Johnny Depp and Amber Heard ended with the split decision — finding both sides defamed one another although to different dollar amounts — well, you don’t know about appellate attorneys. As expected, both sides have filed appeals (Depp filed his a month ago, and Heard more recently).

For Heard’s appeal, she’s picked up a different set of attorneys, looking to David L. Axelrod and Jay Ward Brown of Ballard Spahr for the appellate process. Of course, the Biglaw attorneys have a ton of experience, but specific recent defamation experience, defending the New York Times against claims by Sarah Palin.

“None of the conduct relevant to Depp’s defamation claims occurred in Virginia,” the document reads. “Depp is a resident of California. The incidents that led to Heard obtaining the restraining order took place in California, not Virginia.”

Virginia, the attorneys argue, is “a wholly inconvenient forum with no connection to Depp or any meaningful connection to his claims.” The document also contends that it played a significant role in why few people were able to testify on Heard’s behalf. “Numerous courts interpreting Virginia law have concluded that the place of the wrong for internet defamation claims is where “plaintiff incurs the greatest reputational injury,” which typically is their “home state.”

Because of the choice of location, Heard “suffered substantial prejudice,” given her former team was not able to subpoena witnesses to testify on her behalf. Heard’s attorneys directly referenced a statement made in court by Depp’s attorney, Camille Vasquez: “You may have noticed that no one showed up for Ms. Heard in this courtroom other than her sister. Other than a witness who traveled to Virginia for her as a paid expert. This is a woman who burns bridges. Her close friends don’t show up for her.”

The brief also takes issue with how a prior decision from the U.K. was handled at trial, “This case also should never have gone to trial because another court had already concluded that Depp abused Heard on multiple occasions… After Depp filed this case, the United Kingdom High Court of Justice ruled in a separate defamation action brought by Depp that Heard’s abuse allegations were true.” They go on to write, “The trial court should have given preclusive effect to that 129-page decision, which followed a three-week trial at which Depp, Heard, and 24 other witnesses testified.”

The split nature of the jury’s decision is also a reason to go after it, “To find in favor of Depp, the jury must have concluded that Depp did not abuse Heard and that Heard knowingly lied in accusing him of abuse.” “But, to find in favor of Heard, the jury must have concluded that Heard told the truth about being a victim of domestic abuse by Depp. Accordingly, the verdict against Heard cannot stand.”

And the brief points to the “chilling effect on other women who wish to speak about abuse involving powerful men” the decision has.

The brief seeks either judgment in favor of Heard or the case remanded for a new trial.

Why, I’ll Got Y’All Bonuses (Another Firm Match… Do You Get It?)