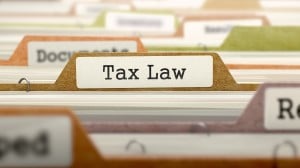 In yesterday’s coverage of the latest public interview of Penn Law’s Amy Wax about how women have ruined education, I noted as an aside that she told the podcast host that she has a new legal defense fund (she already had a GoFundMe) where people could donate to support her fight against university sanctions over her conduct. It’s like a Public Broadcasting pledge drive where you can give if you want to see more white supremacists invited to campus — except no tote bags.

But the key to this new fund, according to Wax, is that all donations will be tax deductible!

…there’s now a new fund called AmyWaxDefense.org. It’s actually tax-deductible, which a friend of mine has helped set up in DC.

Indeed, a quick trip to the website finds, after the obligatory whining about the “woke mob” of course, this passage:

Even on a university campus, you should be allowed to tell the truth. Please help Professor Wax preserve that right. Contributions to the Amy Wax Legal Defense Fund are tax deductible under the Section 501(c​)3 of the Internal Revenue Code.

It’s been a spell since my law school tax course, but this sounded weird to me. How do funds for the benefit of a specific individual qualify as a charity? So I passed it along to ATL Tax columnist Steven Chung, who shared my suspicions: 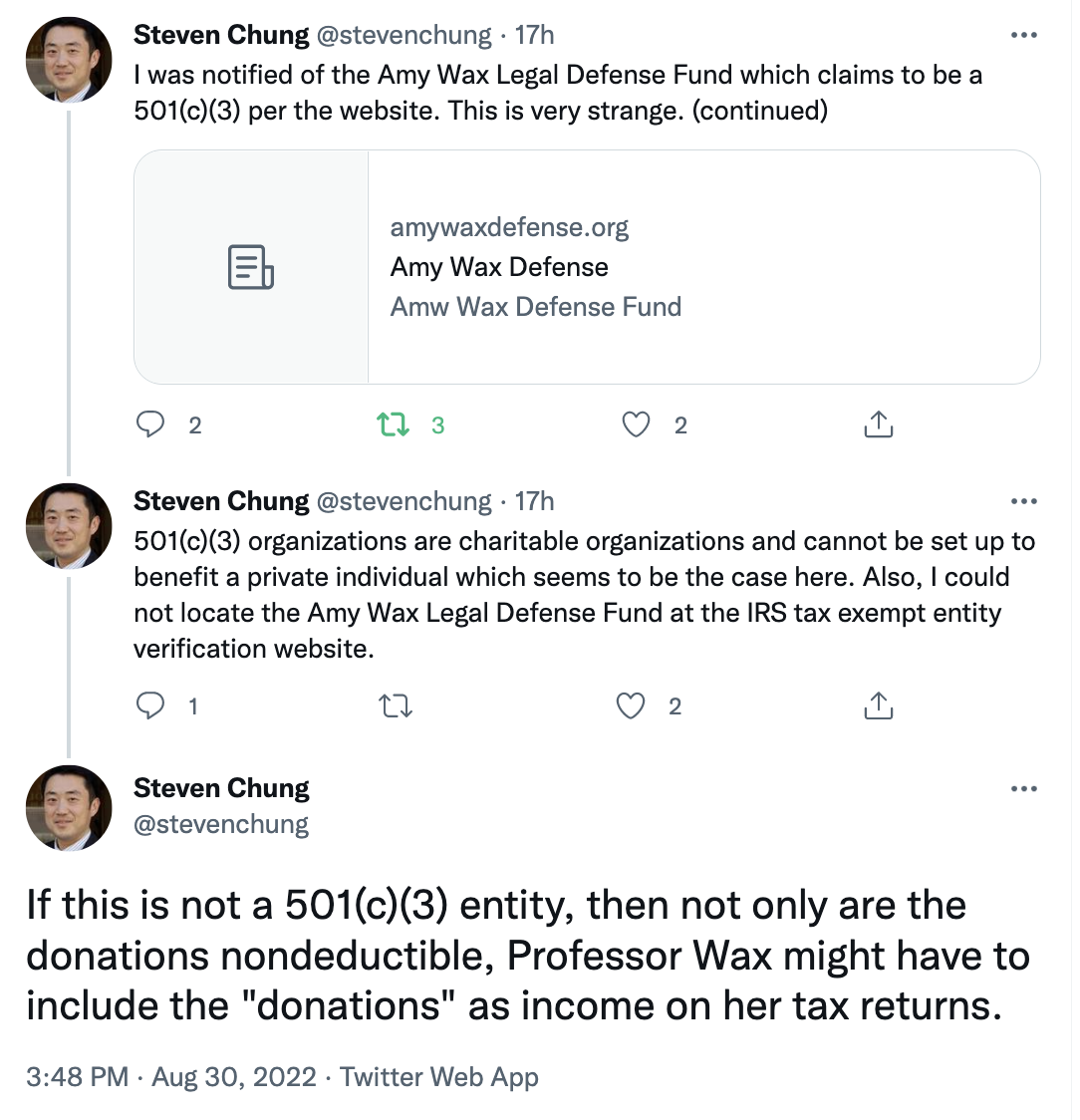 Moreover, if it’s not a 501(c)(3) entity, inducing a lot of people to claim invalid deductions on their taxes won’t be smiled upon either. When Steve Bannon told people that donations to his We Build The Wall fund were tax deductible, he ended up charged with conspiracy to defraud.

She’d better hope whoever she got to set this up crossed all their Ts here.

All The Pieces Keep Clicking Together At MyCase

An Operating Agreement for an LLC: Why Your Company Might Need One

An Operating Agreement for an LLC: Why Your Company Might Need One

The Best Biglaw Firm In Florida

Milbank smashes the associate pay scale with yet another raise