An Extreme Example Of The Problem Of Law Review Fetishism 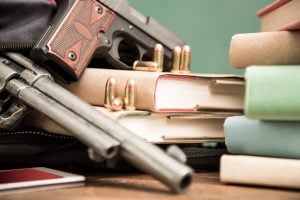 Ed. note: The following is satire.

I’m very excited to announce my article in the Harvard Law Review: “Consenting to Murder.” The article argues it is wealth-maximizing to allow people in poverty to consent to be hunted by rich people willing and able to pay for that activity.

The article, despite its law and econ underpinnings, is quite interdisciplinary. It draws on the psychology literature that suggests CEOs tend to be psychopaths.  However, CEOs also have high levels of disposable income. It is a natural extension of their psychopathy to want to hunt humans, not just wild animals.

Using insurance law, we can calculate the value of the hunt based upon the age of the consenting participant to determine a market price.

The article will address criticisms. One criticism will be that no rational person would consent to be murdered for the sake of their family. Here, I draw on behavioral economics and Gary Becker’s “rational addiction” article.

This article placed in Harv. L. Rev. It is already a good article, by definition. And once my friends download it 1,000 times, there will be no question that my article arguing that rich people should be allowed to hunt and kill poor people adds value to the world.

The idea was inspired by the sound principles of conservation efforts. Recently, declines in hunters have threatened how we pay for conservation. It makes sense, then, to increase the number of hunters of humans to be able to better care for the population of deserving humans.

Academic freedom means that ideas may percolate that are contrary to popular opinion. Such ideas are important to advancing our understanding of the world.  But I can’t help but wonder how the anti-intellectual hierarchy that we see in the legal academy helps to stimulate demand for click-bait articles and thoughts, rather than ones that make the world a better place. And then the academy becomes outraged as we see more of this.

Afterthought: As I wrote this, a tweet from Al Jazeera came across my screen.  “The media’s the most powerful entity on earth. They have the power to make the innocent guilty and to make the guilty innocent, and that’s power. Because they control the minds of the masses.” — Malcolm X

A Preview Of The 2023 U.S. News Law School Rankings

A Preview Of The 2023 U.S. News Law School Rankings

Looking Into The Future Of Web3

In-Person Meetings With Adversaries Can Be Valuable

Want To Be A Legal Recruiter? Lateral Link Is Hiring!