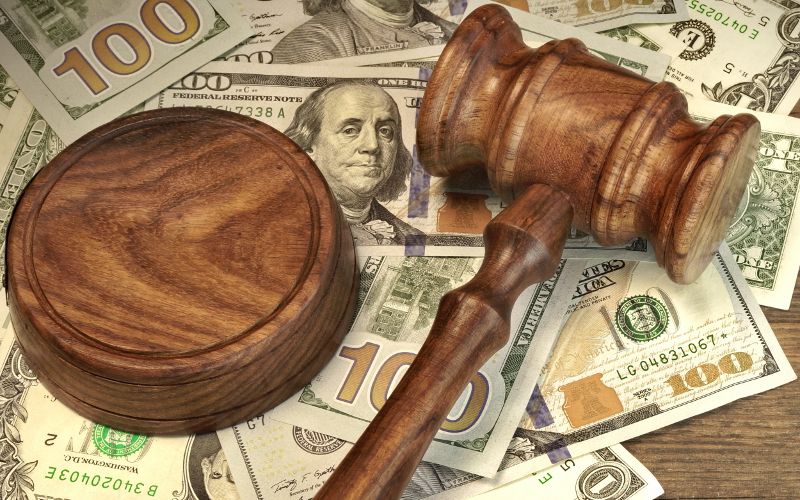 Paul M. Daugerdas, a former Jenkens & Gilchrist partner, lost an appeal in his tax fraud case before the 2nd U.S. Circuit Court of Appeals at New York on Monday. Daugerdas had challenged financial penalties imposed after his 2013 conviction for the fraudulent tax shelter scheme. The 2nd Circuit upheld orders for Daugerdas to forfeit $165 million and pay $371 million in restitution. Daugerdas, 71, isn’t scheduled to be released from federal prison until 2027. (Law360, Reuters, the Jan. 31 summary order)

The 11th U.S. Circuit Court of Appeals at Atlanta on Tuesday upheld the conviction of the former managing partner of Morris Hardwick Schneider, who was accused of embezzling $26 million from the real estate law firm. The appeals court said the government had offered substantial evidence supporting Nathan Hardwick’s conviction. But the court vacated a $40 million restitution order imposed against Hardwick and his former law firm’s accounting manager. The court directed the trial judge on remand to make factual findings on restitution. (Courthouse News Service, the Feb. 1 opinion)

Hundreds of Native American tribes have reached a $590 million deal with Johnson & Johnson and three drug distributors to settle lawsuits alleging that the companies contributed to the opioid epidemic. The Cherokee Nation has already reached a $75 million settlement with the drug distributors. (The New York Times, Reuters, Bloomberg Law)

The full 6th U.S. Circuit Court of Appeals at Cincinnati on Wednesday reinstated a Tennessee law that bans abortion if the provider knows that it is being sought because of race, sex or a Down syndrome diagnosis. At the same time, the court delayed hearing the challenge to Tennessee’s abortion restrictions. In a dissent, Judge Karen Nelson Moore argued that the appeals court appeared to be delaying the case, so it could be the first to apply whatever new standard emerges from the U.S. Supreme Court when it rules on Mississippi’s restrictive abortion law. (The Associated Press, Law.com, the Feb. 2 opinion)

A federal judge in San Francisco has dismissed a wire fraud case against a lawyer accused of collecting disability benefits while working for a university and advising two law firms. Senior U.S. District Judge Susan Illston of the Northern District of California dismissed the case against Lawrence Rufrano last month after prosecutors moved to drop charges. Rufrano, formerly a financial analyst to the Federal Reserve System’s board of governors, told the ABA Journal that he was falsely accused. He thinks that the allegations were based on an incomplete investigation and incomplete data on his medical history. (The Jan. 3 dismissal)

Top 20 Biglaw Firm Announces Market Raises, But Only For Associates In Some Offices

What Categories Can Sexual Harassment be Divided Into in South Carolina?

Reasons Insurance Claims in Metairie May Be Underpaid