Appreciate Lawyers Who Have Swagger 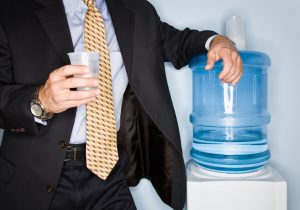 As many attorneys and staff know from firsthand experience, the legal profession can be extremely boring at times. Even though movies and television shows sometimes glorify the work of lawyers, and focus on the parts of the profession that have tons of drama, the reality is that many attorneys conduct mundane tasks on a day-to-day basis. As a result, it is always refreshing to see a lawyer who has swagger and acts in an entertaining and flamboyant fashion since this breaks the monotony of legal practice and might lead the lawyer to achieve more for his or her clients.

The first time I encountered a lawyer who had swagger was while watching “Breaking Bad” in law school. Most people know the Saul Goodman character of the show, the somewhat shady criminal lawyer who helps many of the main characters accomplish their illicit deeds. Of course, it is not a good idea to glorify criminality, and we should all remember that Saul Goodman does not represent the legal profession well in how he violated professional ethics and broke the law.

However, Saul Goodman (and Jimmy McGill as explored in the prequel series “Better Call Saul) had swagger and an entertaining style in how he practiced law. He wore flashy suits which ensured that he was the center of attention when he traveled to court. In addition, he constantly made jokes with everyone he talked to, which added a level of levity that made accomplishing difficult tasks a little easier. People might be more willing to deal with an entertaining lawyer like him than any of the drab pencil-pushers attorneys encounter every day.

Of course, Saul Goodman is a fictional character, but some lawyers I have encountered in my career also have swagger, and this makes it a treat to encounter these attorneys in the legal profession. One time, I was walking to court, and I noticed an attorney drive by in an absolutely amazing car. The vehicle was a super-expensive sports car, and in the words of Silicon Valley, it had doors that open like this. The paint job on the car was sure to catch anyone’s attention. When the lawyer stepped out of the car, he was wearing a flamboyant suit that would definitely attract attention.

Sure, some people would call this lawyer a show off for driving to court in a car that probably cost more than the amount of money I needed to borrow to attend law school. However, this lawyer had style, and it was a lot of fun to talk to him and see his swagger. This definitely broke up the monotony of heading to court to go through the motions of yet another discovery conference.

Earlier in my career, I had an adversary who was less showy but he still had a fair amount of swagger. Pretty much every email my adversary wrote had a joke in it, and sometimes they would be laugh-out-loud funny. Not everyone appreciated this lawyer’s humor, and in conversations with all of the attorneys involved in the case, some of the other lawyers were not fans of the antics of our adversary.

However, it was a real treat for me to work with this lawyer. Sometimes, I do not like hopping on a call with adversaries, since they will invariably include the same old pleasantries and then hashing out boring details about a case with which I am involved. Nevertheless, whenever I spoke to this adversary, I looked forward to it, since I knew I would probably be laughing during our call and come away from it with a positive experience.

Such swagger probably helped this adversary’s client too. It is best if lawyers involved in a case have a solid connection and feel comfortable speaking to one another to hash things out. Taking a lighthearted and entertaining approach to conducting business can help ensure that lawyers feel comfortable reaching out to one another on a case.

Of course, swagger is hard to teach, and it is not a skill that is easily acquired. I remember one time, a boss I had earlier in my career talked about a new initiative he was advancing. To make a joke or keep things light, at the end of a mission statement, he said something along the lines of “and we are going to have fun doing this” to which no one in the audience reacted positively. And in some instances, it is more appropriate to be serious and not display swagger in the practice of law.

However, lawyers should not be afraid to let their swagger show while practicing law. Not only will such efforts eliminate some of the boring aspects of practicing law, but keeping things light and entertaining can have a positive impact on a representation.

Trends, challenges and opportunities in 2021 and the year ahead

A Quick Guide to Selling Your Colorado Home

Want to be a successful litigator? Come to the office, say 2 BigLaw trial lawyers