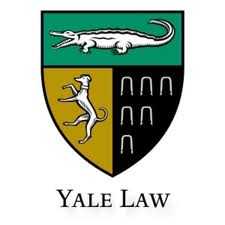 Amazon. Google. Meta. Mere mention of these companies make antitrust lawyer ears perk up like Eminem at a rhyming words with orange convention. There’s no surprise there either, the antitrust complications of these market share giants have been well discussed in the past. But Yale, Harvard and Stanford? They too may be the new rhyme and reason for the Sherman Act’s ire.

If the bold, underlining and italicization didn’t give you a hint, that is a huge but. As is known by anyone who has hooked up with a friend at a shindig while still wanting to keep your tryst under wraps, that involved parties exit at different times may just be a cover for prior conduct. Despite Yale and the like’s given reasons for their exit, there are motivations besides finally caring about public interest students that may be animating their organized pull out. As difficult as it can be to determine subterranean elements beneath manifest content, there are useful heuristics for doing so:

Antitrust enforcers might also examine whether the law schools acted contrary to their economic interests by withdrawing from the rankings, asking a core question: Would each law school’s decision to exit the U.S. News rankings be irrational but for an understanding that their closest rivals were committed to following suit? If the answer is “yes,” then enforcers could infer the existence of an agreement among the schools to form an anti-rankings boycott.

It is a little weird that Yale would complain that US News’ metrics would reduce their value at a time when they were kissing the glass ceiling that is first place…and that schools like Harvard and Stanford, having vied for first place for a very long time would also opt to drop out when a very clear power vacuum presented itself. But what do I know? I’ve only got my JD from Washington University in St. Louis, a school that by default would now be in the top 14 of schools that are presumably forking over their data to the default law school ranking system. Go Bears.