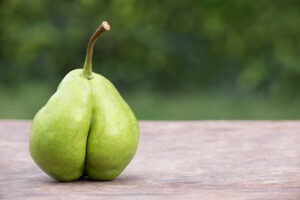 Look. This story is ridiculous. But in the same way that Aesops’s Fables do not require the existence of crows, some stories have staying power besides their facticity. If this exact thing didn’t happen, something like it probably did. In light of that, let’s learn from a fellow law learner who goes by the apt name u/SadandJacked.

I’m typing this mostly as a lesson, that as bad as you think your summer experience may have been, it could definitely have been worse! And long story, short I still turned out ok! And you too will also be ok, for all the future summers out there.

So, there was this girl I really liked for about a year, we had been talking throughout that time. She was very into cosmetics, plastic surgery etc. Maybe a red flag, but I didn’t see it at the time. Hindsight is 20/20. I had asked her what she really wanted as a gift, I had proposed traveling, but she was dead set on [getting a Brazilian Butt Lift].

This is the part of the movie where you scream at the screen, “Don’t do it! Reconsider! Read some literature on the subject!” But if you are anything like me watching a horror movie in a Lowe’s at 8:42 on a Thursday night, you know that there are some situations where no matter how loud you yell, some people just don’t listen. And while people often describe love as being blind, I really do wish more time was dedicated to letting people know that it is also hard of hearing. Love untempered by wisdom can make fools of most people. Fools and their money are soon parted.

So, I offered to do it at the end of the summer, makes sense I would have made all my money at that time. We’re now in August and it seems like everyone’s traveling doing cool stuff with their money. But she insisted on doing it in early June, so while everyone was out enjoying their first couple of paychecks mine was sent to a doctor. Surgery goes well or whatever, I found out a couple weeks later she flew down to Latin America to have the procedure with her ex who she was still secretly seeing, and on top of that she’s seeing like 4 different guys, all much older than her (middle aged or better) and is not currently in school to make things worse.

Ah, he fell for the old she-flew-down-to-Latin-America-to-have-the-procedure-with-her-ex-who-she-was-still-secretly-seeing, and-on-top-of-that-she’s-seeing-like-4-different-guys, all-much-older-than-her (middle aged or better) and-is-not-currently-in-school-to-make-things-worse trick. A tale as old as time really. I’m not here to mock or goad, it happens to the best of us. It would be foolish to not take heed of the lesson here, though. Much like your pre-UCC contracts professor, I strongly believe that learning from the past is still an important tool in the arsenal for learning about how to deal with conflicts in the future, be they matters of buyer and seller or money and love. Thankfully, our dear SadandJacked still has a bright — hopefully more financially savvy — future.

[A]fter I found out about what she was up to, I was super depressed. It really took away from my enjoyment of my summer program, and definitely affected the quality of my work. But, I still got an offer after all of that emotional trauma and stress and now I’m set 3L will be a breeze. So, my morale of the story is, spend your money on people who care about you, and honestly as bad as you think you did, things will be a lot better…I had one of the most emotionally stressful summers of my life, and I still got an offer. Let that be a lesson that things will all turn out ok.

Congrats on the offer! And before you point and laugh at the brave soul who shared their testimony today, know that there are many a brave soul that have lost their “first couple of summer associate paychecks” on an ex’s Latin American BBL. Just listen to a couple of divorce attorneys speak candidly on the nature of their work.

Do you have any stories of 2L love that lost you some Biglaw bucks?  Hearing about success stories are cool and all, but we’d have a lot more of them if people had the heart to share their foibles along the way. And look out for a scenario like this on your contract final. Share your sorrows at cwilliams@abovethelaw.com or tips@abovethelaw.com.

And remember, Holla We Want Prenup! Have your little “meeting of the minds” before the impossible happens. Most till deaths to we part are actually just ~8 years… but that’s not nearly as romantic.

Protip: Don’t Use your Summer Associate Money To Pay For A Girl’s BBL Surgery [Reddit]

Biglaw Gets Political This Primary Season

Biglaw Gets Political This Primary Season

Lawyer who claimed his paralegal likely tried to poison him may proceed with suit, Texas court rules