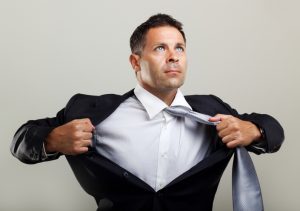 For a while now, Biglaw associates and staff have been generally well-behaved here in the US. Long gone are the days of the audacious alcohol-related antics and questionable conduct at some of the largest law firms in the world. For that, it seems we need to take a trip across the pond to London, where an attorney at an elite firm stands accused of some pretty heinous behavior.

A junior lawyer at Simpson Thacher — which ranked as the 19th highest grossing law firm in the world in the most recent Global 200 — reportedly attended a firm social event where he allegedly confronted an associate of Asian descent and referred to him as “General Chan.” As if the casual racism weren’t enough, the junior lawyer then ripped his shirt off and challenged the associate to a fight. RollOnFriday has additional details in its exclusive report:

The junior lawyer’s peers at the firm “are shocked that [he] took his top off and tried to fight the associate”, said an insider, especially because he appeared to be a “normal, hard working” lawyer, “who was on the cusp of becoming an STB associate”. Drink is understood to have been consumed at the event.

According to the report, the lawyer in question has been suspended from his duties while the firm conducts an investigation into the matter. When reached for comment by ROF, a spokesperson for the firm had this to say: “While Simpson Thacher does not comment on the details of personnel matters, the Firm takes any allegations of misconduct seriously.”

Associates: Don’t let this be your headline. Keep up that good behavior so you can avoid committing racist career blunders like this.

Judges Usually Like To Reach A Middle Ground With Litigants

5 Laws That Apps Must Abide By

5 Laws That Apps Must Abide By

The Best Law Schools In America For Career Prospects (2022)