Biglaw Firm Accuses Former Paralegal Of Bilking It Out Of $500,000 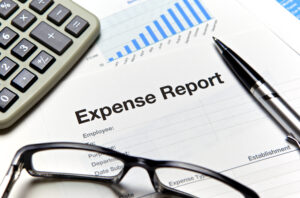 In a new lawsuit, White & Case has accused a former senior legal assistant of a three-year-long pattern of doctoring her reimbursement requests to induce the firm to pay for $500,000 in improper expenses.

According to the complaint, “Ms. Kim intentionally altered the supporting documents she provided for reimbursement with knowledge that the receipts conveyed materially false information regarding the expenses she actually incurred,”  and that there was the “intent to defraud White & Case and to ensure that she received excess reimbursement from her submissions for personal gain to the detriment of the firm and the firm’s clients.”

As reported by Law.com:

White & Case said that it launched an audit of Kim’s reimbursement activities in August 2019 and uncovered instances in which she doctored receipts to make certain expenses appear eligible for reimbursement when they otherwise would not have been.

But there’s a lot more here: in 2020, Kim sued the firm for pregnancy discrimination. And her attorney sure thinks those two facts are related:

“After more than two years of litigation where Ms. Kim went through these allegations of discrimination and retaliation against White & Case, it’s sad and disappointing that White & Case, rather than taking responsibility for its actions, is filing a retaliation suit to intimidate and scare Ms. Kim,” her attorney Kara Miller of Virginia & Ambinder said Wednesday. “These kinds of tactics will not work. Ms. Kim will continue to the end to pursue her case against White & Case and denies the allegations made against her in the subsequent lawsuit.”

The firm alleges that they discovered she altered the reimbursement documents during discovery in the discrimination lawsuit:

White & Case said that it launched an audit of Kim’s reimbursement activities in August 2019 and uncovered instances in which she doctored receipts to make certain expenses appear eligible for reimbursement when they otherwise would not have been.

But the firm said that it wasn’t until after she left the firm that it uncovered, during discovery in her original lawsuit, that she had been digitally altering supporting documents to increase the dollar value of her reimbursement requests.

White & Case said that while it only has access to seven credit card statements associated with approximately twenty-three reimbursement requests, Kim made over 1,000 such requests during her six-and-a-half years at the firm.

“The limited information known to the firm strongly indicates that her fraudulent conduct was continuous and pervasive,” it said in the complaint.

Whatever comes of this — or Kim’s discrimination lawsuit — it’s sure to be fascinating to watch from the sidelines.

If Your Biglaw Firm ‘Over-Hired’ Associates, It May Be The Next To Conduct Stealth Layoffs

4 Ways a Consumer Protection Attorney Can Help You