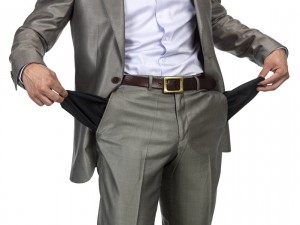 At many Biglaw firms, after bonuses are announced with much fanfare, individualized figures are presented to associates on an internal platform and sometimes they’re even confirmed by partners with a call. Those numbers are generally correct, and when the money hits bank accounts, associates are pleased as punch.

But what would happen if those numbers were wrong? What if those bonus figures were “significantly less” than what they were hyped up to be? How do you think associates would react?

Something like this happened earlier this summer at global firm Stephenson Harwood, which has more than 1,000 lawyers spread across the United Kingdom, Asia, Europe, and the Middle East. According to RollOnFriday, lawyers working in the firm’s Singapore office received far smaller bonuses than what they’d been promised by partners — with some lawyers reportedly receiving “less than half as much” than the numbers they were told.

While partners were mum on the financial miscommunication, the affected associates are said to have received a verbal apology from the firm’s HR department. Martin Green, the managing partner of Stephenson Harwood’s Singapore office, offered this statement to RollOnFriday:

“We regret that a number of associates from our Singapore office were initially given incorrect information about bonus payments, which suggested that the bonus they would receive was higher than was actually awarded, and we appreciate the impact it has had on them”.

He said the mistakes were the result of human error, “for which the affected associates have received a full and unreserved apology; it shouldn’t have happened”.

“We are carrying out a thorough review of our processes and will be implementing changes to our approach, to ensure that nothing similar happens in the future”, said Green.

This is perhaps the ultimate embarrassment for a law firm of this size.

The best way to apologize to associates in this financially fraught situation would be to offer them the full amount of the bonuses they were originally told they’d receive — and then some. If anything less was offered to affected associates, then we imagine the lateral movement at Stephenson Harwood may be just as shocking as the disappointingly low bonuses associates received.

When Is AI Good Enough?

What Happens if My Water Damage Claim is Denied in Florida?

When Are Lawyers In Their Prime?