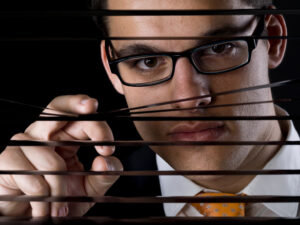 Transitioning to a hybrid work model was never going to be easy. When the pandemic forced lawyers to adapt to working from home, it started to dawn on the industry that those attorneys might not be excited to return to spending hours commuting to their office. After the work-from-home years resulted in absolutely gangbusters productivity and — more importantly — profitability, the days of the five-day office workweek were numbered as four- and even three-day office plans proliferated.

Get it? Days were numbered and… oh, never mind.

There are a lot of ways to build a hybrid system: from asking associates to show up on the honor system, to having lawyers claim certain days of the week to balance the in-office staffing throughout the week, to Cravath’s flexible 3.5 model.

And then there’s the dumbest of all models: mandating a Tuesday-Thursday work week.

What’s to be gained? Yes, the whole office is in one place at one time, but it also makes the place a ghost town on two days of the traditional work week. Permanent four-day weekends — to the extent “weekends” exist in Biglaw — aren’t the actual selling point of hybrid work models. What the associates (and a lot of the partners too, truth be told) appreciated about working from home was the flexibility of crafting their own schedule. It was about being at home Wednesdays because that’s the day grandma isn’t able to watch the kids. Forcing mandatory days on lawyers misses the whole point.

And the firm gets little out of it either because the advantages from hybrid work are gained in hoteling offices. When everyone shows up on the same days, there’s no opportunity to budget space and maybe cut back on square footage. Which brings us back to one of the low-key drivers of the “get back to the office” firms: how much time is left on the lease? These deals aren’t all public knowledge, but dollars to doughnuts says the firms most eager to have every office filled at once are locked in for the rest of the decade while the ones leaning into hybrid work are on the cusp of shaving a couple of floors off their ledger.

In any event, “mandatory hybrid” is the worst of all hybrid worlds.

Skadden Arps went with this stupid model and has already started sending passive-aggressive memos about lawyers not following the square-peg, round-hole model.

Now comes Ropes and Gray, where we’re hearing reports that multiple associates are receiving calls from the firm staffing team whenever they aren’t in the office on a Tuesday, Wednesday, or Thursday. Which, of course, could be for a million reasons. I don’t have access to my Biglaw-era billing diaries but it wasn’t uncommon for me to be out of the office for a full-day meeting with a client on one matter without partners on another matter knowing. My secretary could let everyone know, but of course Biglaw as a whole has drastically cut back on admins so that may not be an option anymore.

In a more rational office policy, the firm could see that lawyer pop up on a Monday to check in after being out Wednesday and think nothing of it. But now the firm is wasting resources checking up on people in pursuit of a vain “100 percent attendance” policy. One tipster reports, “General unhappiness around this and surprise that the firm is going this far to enforce the policy.” Obviously.

But this is also inevitable. Any hybrid policy focused on getting everyone under the same roof on the same days will descend into paranoid surveillance eventually because the policy itself indicates that the firm cares more about where lawyers are than flexibility. If a hybrid plan isn’t about empowering attorney flexibility, then it’s not really a hybrid plan — it’s a mandatory attendance policy dialed back to three days out of necessity to keep up with competitors offering real hybrid work.

And that can only work for so long.

Dan Snyder Ducking Subpoena In A Yacht And If This Is What It Takes To Keep Him From Ever Coming Back To America, I’m All For It