Biglaw Merger Lands New Am Law 100 Firm In Our Stockings 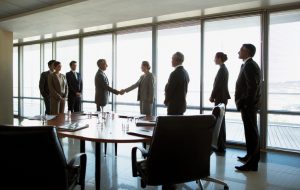 It’s been a spell since we’ve had a significant Biglaw merger. But the rumors we were talking about back in April have finally come to pass and Arent Fox and Schiff Hardin will be merging effective March 1, 2022, to create ArentFox Schiff.

After years of watching the Am Law second hundred lose ground, the firms apparently decided their futures required bold action. With a reported $333.6 million and $173.9 million in revenue last year, Arent Fox and Schiff Hardin respectively clocked in at 107th and 163rd on the Am Law 200. Merging those figures on the back of an envelope, the new firm would come in around 77th in this year’s list, which Am Law says would place it between Crowell & Moring and Barnes & Thornburg.

But you can’t necessarily rely on back of the envelope measurements like that. Slapping revenue figures together ignores the possibility of losing business due to conflicts or redundancies, as well as the possibility of gaining business due to leveraging new resources. Arent Fox is almost twice as big as Schiff Hardin, so the revenue gap doesn’t immediately signal some sort of fee schedule disconnect — a common problem in mergers. Arent Fox currently plays only in fairly big markets — NYC, DC, LA, SF, and Boston. Schiff Hardin adds the Chicagoland presence between Chicago and Lake Forest, but also an outpost in Ann Arbor. Beyond that, its attorneys operate in areas Arent Fox already works in. Will there be any fallout from the overlap in NYC, DC, SF, and the LA-area? Remains to be seen.

“It’s a compelling deal. I was most impressed with how complementary our practices are,” Lupo said in an exclusive interview with The American Lawyer, explaining as an example that while Arent Fox is strong in retail, Schiff brings strength in consumer products, and Schiff’s environmental strengths complement Arent’s agricultural tech offerings. “There were so many areas that we were lined up right next to each other. We were both in the same industry, but we weren’t competing with each other. It was a very robust combination.”

Is this the start of another wave of merger talk? The consolidation bug subsided for a while as firms just tried to keep ahead of COVID, but with things settling down, the door may be opening to more Am Law 200 tie-ups. It could be an interesting 2022!