Biglaw Partner Takes Shots At Banks To Promote Side Hustle 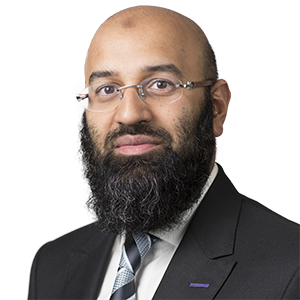 Massive financial institutions just love leaning on massive legal institutions, a.k.a. Biglaw, for their legal needs. After all, they have the size and know how to handle complex legal matters. One such lawyer that routinely handles such complex matters for banks is Mohammed Paracha, a banking and finance partner and head of Middle East at Norton Rose Fulbright.

Paracha is also a founder of Nester — a real estate financing company. In a video promoting Nester, he didn’t just hype the fintech disruptor — he takes shots at traditional banks, as reported by Roll on Friday:

In his video promoting his company, Paracha and co-founder Youness Abidou take aim at the traditional banks as they position Nestor as a disrupter helping people the current system ignores.

“We can reach the masses and touch hearts and minds by empowering people to achieve the goals that they simply haven’t been able to achieve through the banks”, explains Paracha.

As viewers rush to draw down their pensions so they can fund a bridging loan for a dental practice in Manchester, the NRF partner moves in for kill: “Do you know how your money is used by a bank?”, he asks.

“We are programmed to trust banks, but then they use our earnings to make greater profits for themselves. Is that okay? Why do we keep trusting them? Isn’t it time your hard earned money did more for you? Isn’t it time you tried something new, something smart, something that improves your bottom line and not your bank’s?”

Despite the verbal side-eye Paracha’s throwing his clients’ way, they aren’t saying anything about the video — at least not publicly. And Paracha’s statement on the video controversy focuses on the benefits of Nestor, if not the way he’s chosen to promote the venture:

Paracha told RollOnFriday, “I invested in Nester in a personal capacity in 2018 because of its social impact aims, which are to empower everyday Muslim consumers who have very few financial products to invest in due to the prohibition on interest”.

He said, “Muslim consumers remain one of the most financially excluded groups in the UK, which is compounded by the high inflationary environment, and many retail banks are unable to cater to this niche market because it is very difficult to do so in a financially viable manner”.

These are great reasons for Paracha to invest in Nester! But the controversy shows how potentially messy things can get when a lawyer’s outside interests overlap with their clients’ business.

Blockchain: The Future Of The Legal Profession

Paul Hastings' New Leader Lays Out Vision For The Future

Long Before The Pandemic, I Started A Virtual Law Firm To Accommodate Working Moms Like Me

The Different Subpoenas You Can Receive as a Broker or Advisor

How to Follow Construction Laws When Building in Utah