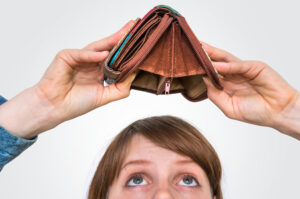 Are you so tired of seeing your neighbor’s stupid little environmentally conscious car that you’ve decided to save up to buy one of your own? Congrats! I don’t care if it’s good will toward future generations or keeping up with the Dinklebergs that inspires you to protect the ozone — I’m just glad you’ve finally decided to take the plunge. That said, an electric vehicle is a big buy, so you’d best be aware of how laws can impact your purchases. Take this for example:

U.S. President Joe Biden will sign legislation [today] that will eliminate electric vehicle tax credits for most models currently getting up to $7,500 effective.

The White House said Biden will sign legislation to approve the $430 billion climate, health and tax bill on Tuesday. The bill restructures the existing $7,5000 new EV tax credit and creates a new $4,000 rebate for used EVs. It also includes tens of billions of dollars in new loan, tax credit and grant programs for automakers to build cleaner vehicles.

Unfortunately, the bill required some politicking that complicates the promise of getting more electric vehicles in Americans’ hands and on American roads — a requirement of American manufacture.

To get Manchin to go along with the broader bill, the rest of the Senate Democrats agreed that only cars with batteries containing a certain percentage of materials sourced from North America or U.S. trading partners will qualify for the credits moving forward — even though that doesn’t align with manufacturing reality.

Although the auto industry and battery makers are racing to invest in a domestic supply chain, it will be years before those facilities are up and running. For now, the EV supply chain is mostly dominated by China — but any cars using Chinese-made battery components would be disqualified from tax credits under the new bill.

That will automatically slash the list of eligible vehicles from 72 to about 25, according to the Alliance for Automotive Innovation, an auto industry lobbying group. And when additional sourcing requirements go into effect in 2023, none of today’s EVs would qualify for the full credit, the group says.

It is a little early to tell if this is a win for homegrown production incentives or a loss for consumption of goods that will help the environment. The sourcing limitation will likely slow down the shift toward EVs.

The bill makes any EVs assembled outside North America ineligible for tax credits, which has brought criticism from the European Union, South Korea and many automakers.

Audi of America, Kia Corp (000270.KS) and Porsche said Friday that buyers of its EVs will lose access to federal tax credits when Biden signs.

Audi said only its Audi plug-in hybrid electric will retain its existing federal credit through the end of 2022.

While you might not be able to get your hands on the newest model of Energizer Hot Rod, keep a look out for last year’s new hotness. There is an increasing demand for used electric vehicles after all — your certified pre-owned electric-guzzling baby is out there if you can stomach not being the first pair of cheeks to grace the driver’s seat!

If You Want An Electric Car, Buy One This Week [Axios]

Hear Ye, Hear Ye! Hearing Aids Are About To Be Way More Accessible!