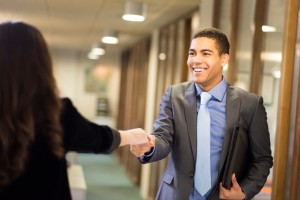 Earlier this month, Above the Law and other media outlets reported that Elon Musk allegedly pressured a law firm handling work for Tesla to fire an associate who interviewed Musk while the attorney previously worked at the SEC. The law firm apparently did not relent to this pressure, and many within the legal community applauded this decision. Although I am an Elon Musk fan myself (and am a very satisfied owner of a Tesla Model Y), I also believe that if these allegations are true, it was inappropriate for a client to pressure a law firm to fire an associate. However, this episode got me thinking about all the times in my career that I witnessed a client or a representative of a client influence employment decisions at a law firm. The legal industry should take a dim view of clients having any influence in almost all law firm employment matters whether it be firing associates, hiring attorneys, or otherwise so that employment matters can be based on merit alone.

In my experience, the main way that clients and representatives of clients try to influence law firm employment decisions is in the hiring process rather than in the firing process. Sometimes, clients will reach out to high-ranking partners at law firms if their relative or someone close to them is looking for work and see if there is a position open. In many such instances, law firms will give the job candidate preferential treatment even if their background is not up to the caliber of attorneys that usually work at a shop.

For instance, I once knew someone who was finishing up his first year of law school and needed a job for the summer. He told me that his uncle was an executive at a large company that used a particular law firm and that he asked his uncle to try his best to get him a job at that law firm for the summer. The law firm eventually offered him a summer job at the shop, even though the firm may not have offered a person with his academic credentials a job at that firm if he did not have his uncle pull strings for him.

Another time, I was working at a firm that had some people working for the shop for the summer. One of the summer employees did not seem as if he had the background needed to secure a job at that firm. I always wondered how that person got a job at the shop. One day, I saw this summer employee with the top partner at our shop and another person. I eventually found out that this other individual was the summer employee’s father, and he was apparently an executive at one of the big clients of the firm. The summer employee seemed like he did not want people to know his dad had a connection to our firm and its top brass, and this was likely a substantial reason how that person was able to score a summer role at our firm.

Sometimes, if clients cannot ensure that favored people secure jobs at a law firm, they ask that their connections get preferential treatment during the hiring process. For instance, I once worked at a law firm that was performing poorly financially and that did not seem to be actively hiring. One day, out of the blue, I was told that I would be interviewing a job candidate. The firm liked to include a few associates in the hiring process so that interviewees and firm attorneys could have a well-rounded understanding of the firm and the hiring process.

I looked at the job candidate’s resume, and this person did not seem like he had the academic or vocational credentials of other attorneys at the firm. I wondered why we would be interviewing this person, especially in light of the fact that the firm was performing poorly financially, and we did not seem to be hiring anybody at the time. I later overheard this job candidate speaking to a top partner after the interview, and it was clear from the conversation that this person’s father was an executive at one of our clients. This was likely the main reason why this person was interviewed. The strange thing was that the interview was likely just scheduled as a courtesy given that the firm did not seem to be hiring. I am not even sure that inviting a job candidate with connections to a firm’s client to interview is the right thing to do when the firm does not have any open positions and is performing poorly financially.

In any case, it is usually unfair if people are given special treatment in employment matters because a client is trying to thumb the scale for or against certain employees of the firm. Law firms should make decisions based on the qualifications of attorneys and should not judge an attorney or job candidate differently based on how a client wishes a law firm to act in a given employment matter. The widespread support of a law firm declining to fire an associate at a client’s insistence is a good thing. However, the legal community can do more to ensure that all employment decisions are more fair and free from client influence.

New Bar Exam Will Be Entirely Digital, Kick Paper To The Curb

If I Worked As An Associate Attorney, I Might Want The ‘Severance’ Procedure

New Bar Exam Will Be Entirely Digital, Kick Paper To The Curb

Introducing ‘On Course’: Your Guide To The Changing Practice Of Law