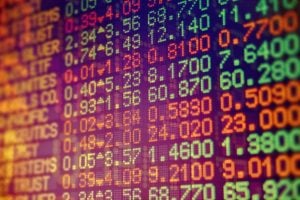 Just when you thought no one actually reads law review articles anymore, Columbia Law got dragged into the middle of an academic standoff between a noted short seller and one of the school’s rising academic stars.

Professor Joshua Mitts wrote a paper in 2018 on the impact an investor website has on depressing stock prices. Carson Block, an investor specializing in shorts, has had records subpoenaed by the DOJ as part of an ongoing investigation into short sellers and illegal trading tactics based, in part, on work Mitts has done.

And now Block’s taken his objection to the investigation right to Columbia’s doorstep. Per the Wall Street Journal:

Mr. Mitts is up for tenure next month, and Mr. Block appears bent on ensuring he doesn’t get it.

In addition to the formal request to Columbia, Mr. Block sent an email last month to John Coffee, a chaired professor who has taught at Columbia Law School since 1980. He called Mr. Mitts’s research “outright deceptive and misleading” and attacked his work for companies that have been targeted by short sellers.

“You have been bamboozled into assisting him in his campaign that serves his clients’ interests,” Mr. Block wrote in the email.

It’s unclear how any of this would help Block’s cause. If Mitts loses out on tenure because of Block’s lobbying that’s not going to do much to discredit the underlying work. It would be like going out and trying to depress the value of something for your own gain and then being shocked when people don’t trust that the value went down on its own merits.

Block insists that the investors posting about troubled companies aren’t manipulating stock value — indeed, if he’s right, the only manipulation would be the company artificially inflating its value — and produced his own counter-paper to challenge the Mitts conclusion.

John Coffee got brought into the battle and chose a middle ground:

In an interview, Mr. Coffee called Mr. Mitts “one of the best young scholars in the country” and his case for tenure was strong. He also praised Mr. Block as “an entrepreneur par excellence.”

“They’re both talented people,” he said, “but now they’re like the Capulets and the Montagues.”

Though say what you will about Romeo and Juliet, at least it didn’t turn on disputed calculations in a white paper.

Elon Musk Pretty Much Owns Twitter Now. No Way This Will Come Back To Haunt Us All.