Contingency Cases Can Be A Lot Like Gambling Sometimes 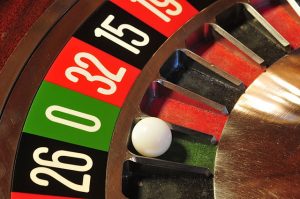 A roulette wheel (by Ralf Roletschek via Wikimedia)

Several years ago, before I started my own law firm, I was in upstate New York for a deposition with a bunch of other attorneys. The hotel where the deposition was being held was pretty close to a casino, so a few of the lawyers and I were going to hit the casino one night after the deposition. When the plaintiff’s attorney got wind of our plan, he quipped that if we wanted to gamble, we should try taking on contingency cases like he did. I did not really understand what this lawyer meant, but my subsequent personal experience with contingency cases has shown me that contingency cases can sometimes be a gamble. It is often difficult to predict how much effort will be needed to secure a recovery in a contingency case and the amount of money that may be recovered, and this makes contingency cases a lot like gambling.

Of course, despite my predictions, the case turned out to be very tortured, and it took many months to reach a resolution. Over the course of the litigation, I needed to draft and file a handful of motions and deal with some pretty intense discovery disputes. I even had to prepare for trial since we thought that the case would be submitted to a finder of fact because a resolution did not seem likely. Eventually, the case settled for a modest amount of money and the recovery to my firm was minimal compared to all of the effort that I had devoted to the matter.

To be fair, I have also experienced the other end of the spectrum as well. One time, I took on a matter on contingency that other lawyers had turned down because of the risk involved in the case. The matter involved some very big parties, and lawyers understandably did not want to go toe-to-toe in litigation with these parties. I am generally pretty fearless with lawsuits, so I decided to take the case on contingency despite the risk.

Within several months, the case resolved, and it was one of the biggest payouts my firm had ever secured. The compensation I received from that one matter alone was enough for me to purchase my dream car. This contingency matter was definitely a gamble, but it paid off, due to either luck, skill, or both.

Of course, I have also been involved in contingency cases that do not fall into these two categories. These are the matters in which a lawyer receives roughly the amount of compensation they would expect given the amount of time and resources they put into a case. Parties can generally tell how much would be reasonable for an attorney and their client to receive for a matter, and this might be why this outcome is perhaps the most common for contingency cases.

There are a few things that lawyers can do in order to avoid the negative consequences of contingency cases that make them seem like a form of gambling. First, lawyers need to avoid letting it ride and trying to seek inordinately high amounts of money for a case. Of course, it is ultimately the client’s choice to settle a matter, but lawyers usually have substantial input in that decision since they have more experience with litigation than clients. Lawyers are far more likely to be burned if they make unreasonable demands or hold out for unreasonable amounts of money for a case.

Another way that lawyers can avoid the downsides of contingency cases is to minimize the amount of money they invest into a case. Of course, lawyers often need to hire experts and spend money in other ways in order to build a case. However, this is usually reimbursed out of a recovery, and depending on how a state allows lawyers to calculate disbursements at the end of the litigation, this can affect a lawyer’s bottom line as well as a client’s payout. As such, lawyers should only invest money and resources in the most necessary experts so that a lawyer builds a case without breaking the bank.

All told, contingency cases are a time-honored part of legal practice, and they can be a solid way for a lawyer to make a living. However, contingency cases can be a lot like gambling, and lawyers need to make sure that they protect themselves and their clients from the downsides of contingency matters.

Luddite Lawyers Continue To Shoot Themselves In The Pocketbook

Take Care Of Yourself When Running Your Law Firm