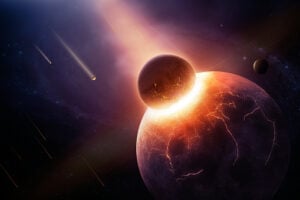 South Park once mocked the show Family Guy suggesting all of the latter show’s gags are produced by manatees mashing together pop culture references at random. Perhaps the universe is taking lessons from the manatees after Twitter provided a mind-melting exchange between Harvard Law’s resident theocrat Adrian Vermeule and 90s trivia answer Rob Schneider. 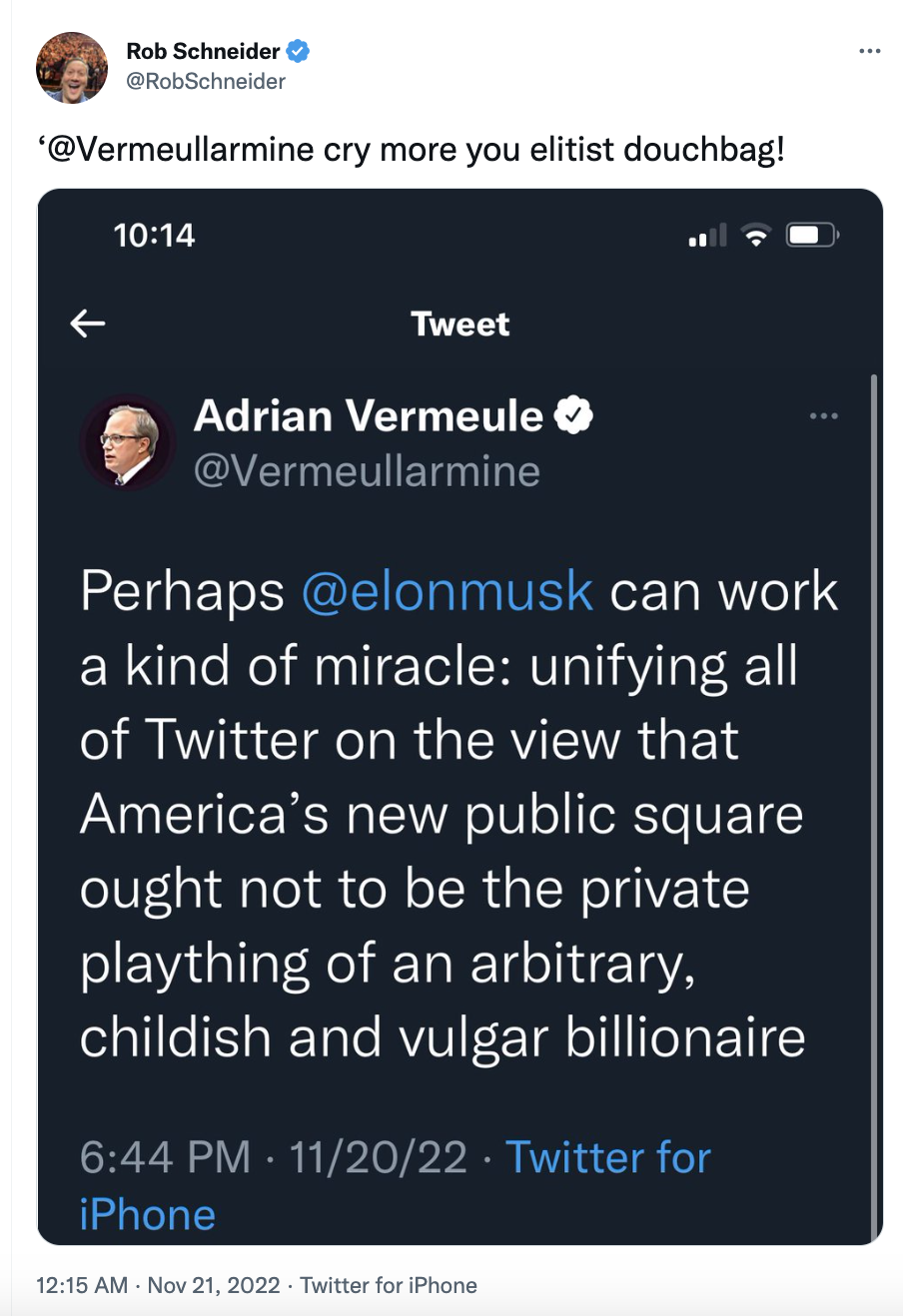 Vermeule spent the pandemic dreaming up a bargain-basement theocracy, arguing that conservatism had lost its way by embracing theories of “originalism” that amount to pseudo-intellectual efforts to reverse engineer outcomes and instead advocates a sort of Catholic integralism based on religious authoritarianism. Or something… he tried to backtrack on that essay pretty quickly. But Judge William Pryor recently included Vermeule on the Federalist Society enemies list along with Above the Law so maybe we need to cut him some slack now?

Schneider, meanwhile, has taken his 15 minutes of fame for saying “Makin’ copies” over and over and over and over again and leaned into his fringe political beliefs. He’s even told Glenn Beck that he’s willing to sacrifice his career for his right-wing beliefs prompting the world to unite to ask “what career?”

That’s when he actually was noteworthy. At this point the guy is only really important for having a much more talented daughter.

But getting back to the substance of this exchange, it’s a transcendent artifact of late stage reactionary politics. A hard right law professor champions core “little-c” conservative aesthetics of religious modesty against the right wing’s newest hero, a South African tech bro who set billions of dollars on fire so the GOP rank-and-file can use the n-word online, and all the prof gets for his effort is a crude public clapback from Deuce Bigalow.

Earlier: Hey, Can Someone At Harvard Law School Check In On Adrian Vermeule?
Arch-Conservative Law Professor Starting To Suspect Conservative Legal Movement Just A Bunch Of Pseudo-Law Made Up For Partisan Goals

Can You Fight a Denied Home Insurance Claim in Texas?