Cravath Already Kicked Off Bonus Season, But Where Are All The Bonuses?!? 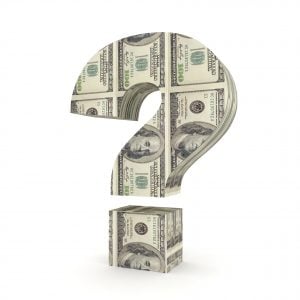 Cravath started the 2021 bonus season on Monday, November 22, announcing a brand new $15K to $115K scale (up 15% over the scale that had been in use since 2014). Thus far, Cravath’s bonuses have gotten less than a handful of matches, and it’s been more than a week since the announcement was made.

Associates are starting to get a little nervous. What is going on here? Cravath has obviously already given its seal of approval. What could be the hold up? Where are all the bonuses?

Could it be that the rest of the firms that have yet to announce their own bonus scales are waiting on a certain law firm — hmm, let’s say Davis Polk, for example — to announce a bigger, better bonus scale? Is that what’s causing this bonus backlog?

If that’s the case (and we’re almost certain that it is), then why not just announce bonuses on the current Cravath scale now, and match the new scale later? These Biglaw firms know very well that they’re likely going to match whatever Davis Polk puts out anyway, if Davis Polk does, in fact, one-up the Cravath bonus scale.

Why keep your incredibly hard-working associates waiting? Boohoo, you’ll have to write a second bonus memo with a second match. You can do it. We believe in you!

Get this show on the road for the sake of your attorneys who have been billing their butts off during a pandemic and leading to record profits. Announce your bonuses.

As for Davis Polk, the entire Biglaw market is waiting for the firm to make its move. Right now, associates know what the bottom of the 2021 bonus market looks like. Will DPW ante up even more cash for lawyers during these unprecedented times, on top of its special bonuses? We suppose we’ll have to impatiently wait and see.

The Definitive Guide To Starting Your Own Firm