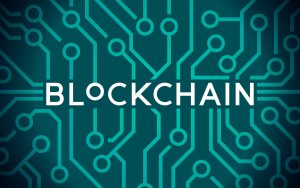 Check out the Blockchain Value Season 1, Episode 6 podcast — How to Form Blockchain Consortia with Anthony Day.

Such organizations are run through smart contracts on a blockchain network, such as Ethereum. They are autonomous in that they are self-governing and exist outside of traditional legal frameworks. What do these traits mean? That DAOs have the potential to radically change the way we do business.

However, as with any new technology, there are legal implications to consider. This article will explain what DAOs are before exploring some of the related legal issues.

What Is A DAO?

As mentioned earlier, a DAO is an organization run through smart contracts on a blockchain while maintaining autonomy and eschewing traditional legal frameworks.

The development of DAOs is still in its early stages, and, as such, there is no one-size-fits-all definition of what they are. However, there are some key characteristics shared by all DAOs:

DAOs can be created for any purpose, but some of the most popular examples are listed below.

These organizations facilitate the trade of cryptocurrencies and other digital assets without the need for a central authority. Instead, direct peer-to-peer trades are made between two parties with the help of smart contracts.

Projects using DAOs for crowdfunding are able to receive funding from a global pool of backers while enjoying the transparency and immutability of decentralized organizations.

When a DAO is used for decentralized governance, members of the DAO vote on proposals that are then implemented by smart contracts.

There are also numerous organizations — ranging from small startups to large enterprises — using DAOs to decentralize their operations.

Decentralizing their operations allows organizations to offer their members a number of advantages, including increased transparency, security, and privacy.

DAOs are still in their infancy, so there are no clear legal guidelines regarding their operation. This lack of clarity presents a number of risks for those involved in DAOs in the following fields.

Since DAOs are not traditional organizations, they do not fit neatly into existing legal frameworks, so it is unclear how DAOs will be treated under contract law.

Taxation is another area where there is legal uncertainty because it is not clear how DAOs will be taxed by governments. This could lead to problems for DAOs, as they may be subject to double taxation or other unexpected taxes.

It is also worth noting that the decentralized nature of DAOs may make it difficult for governments to track and collect taxes from them. The resulting loss of revenue for governments could ultimately lead to regulation or crackdowns on DAOs.

First, it is important to understand that a DAO is not like a traditional corporation. DAOs do not have any centralized management or control. Instead, it is run by code on the Ethereum blockchain that controls how the DAO functions and how its funds are used.

In addition, because a DAO is not centrally managed, it is important to consider how its actions will be governed — specifically whether the DAO’s actions will be subject to the jurisdiction of any particular country or regulatory regime.

Legal uncertainty also surrounds the licensing, copyrights, and software code of DAOs because it is not clear how these intellectual property rights will apply to DAOs.

It is worth noting that, because DAOs are decentralized, it may be difficult for governments to enforce these intellectual property rights, which could lead to a loss of revenue for governments and the ensuing regulation or crackdowns on DAOs.

This is a general overview of some of the legal implications of DAOs — not an exhaustive list. Remember: the law is constantly evolving. As such, it is important to seek professional legal advice if you are planning on launching a DAO or if you are already running one.

Olga V. Mack is the CEO of Parley Pro, a next-generation contract management company that has pioneered online negotiation technology. Olga embraces legal innovation and had dedicated her career to improving and shaping the future of law. She is convinced that the legal profession will emerge even stronger, more resilient, and more inclusive than before by embracing technology. Olga is also an award-winning general counsel, operations professional, startup advisor, public speaker, adjunct professor, and entrepreneur. She founded the Women Serve on Boards movement that advocates for women to participate on corporate boards of Fortune 500 companies. She authored Get on Board: Earning Your Ticket to a Corporate Board Seat and Fundamentals of Smart Contract Security. You can follow Olga on Twitter @olgavmack.

How to Navigate the Legality of Using Customers’ Data

Biglaw’s $115,000 Bonus Scale — With A Premium For Valuable Attorneys — Is The Latest To Be Thankful For

Do This to Avoid Problems with Wyoming Homeowners Insurance Claims