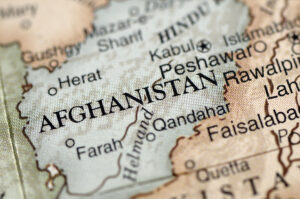 Since Kabul fell in August 2021 and U.S immigration lawyers stepped up to the challenge to help vulnerable, at-risk Afghans find safety, the United States Citizenship and Immigration Services (USCIS) has received over 30,000 applications for humanitarian parole. For context, the agency on average receives about 2,000 applications a year.

The flood of applications, as you might imagine, are from people literally fleeing for their lives. Many worked for the U.S. government, on U.S. government-funded programs or projects, or for U.S.-based nongovernmental organizations and media organizations. By virtue of that work, many Afghan nationals now find themselves in harm’s way, facing a real life-or-death crisis. Relatives of these workers also face danger, as do Afghan women in general. People have been kidnapped or killed. Many are in hiding.

Unfortunately, USCIS has been denying these cases at a troubling rate. Considering the dire circumstances, this is a situation that needs attention.

A foreign national with a compelling emergency can apply for a humanitarian parole, which allows them to enter the country temporarily. They can be considered for parole if they have an urgent humanitarian reason or if there’s significant public benefit to their presence.

Generally, a U.S. citizen or green card holder would file an application on the parole seeker’s behalf. Parole authority is discretionary, decided on a case-by-case basis. It cannot circumvent normal immigration procedures.

In the past couple of weeks, immigration lawyers have reported a slew of denials for cases filed in August and early September 2021, following the fall of Kabul. Until those denials started showing up, we’d had no insights into processing times for these applications nor to the standards that were being applied to them. We have not heard of many approvals, either. We can only surmise that the standards for parole have risen for Afghan nationals. It’s like someone shifted the goal post but forgot to tell us.

I have filed many humanitarian parole applications before this year; they are never simple and achieving a successful result is always a challenge. However, the situation in Afghanistan warrants compassionate policies because the standards required for documentary evidence for parole, as we now see, will be difficult for most applicants to achieve. For example, USCIS seeks evidence from third-party credible sources; evidence of vulnerabilities; evidence of severity and imminence of harm, etc.

Most people in these situations are unlikely to have the evidence that the USCIS is seeking. This is because either they are in hiding and cannot contact ‘third-party credible’ sources, do not have access or opportunities to obtain evidence, or some who could help are not in Afghanistan anymore. Communication by phone and Internet have inherent security risks, as well. As such, most people will likely face a similar fate with their immigration petitions.

Additionally, these denials include the following worrisome language:

USCIS is unable to complete processing of this application while the beneficiary is in Afghanistan. If the beneficiary is able to leave Afghanistan, the beneficiary should contact the United Nations High Commissioner for Refugees (UNHCR) to assess the need for protection and determine whether resettlement is the best solution for an individual or family. For more information, please go to www.UNHCR.org. Parole is not intended to replace established refugee processing channels.

At present, Afghanistan does not have a U.S. consulate. Therefore, an individual would not be able to obtain the parole documentation from within Afghanistan. However, in general, when USCIS approves applications in the U.S., the file is then sent to the consulate where the applicant will be present, and the consulate will conduct background checks as part of the process. Being present in Afghanistan does not preclude the agency from approving an application. The language above suggests that USCIS will not consider approving applications for those who are physically present in Afghanistan. And that is deeply concerning.

At this time, the Biden administration should consider compassionate policies for such a desperate and vulnerable group of people. It should implement reasonable standards, given the current practical situation on the ground there. Most people are in hiding. Even those who have been able to flee to neighboring countries, such as Pakistan, will still face limitations obtaining evidence.

In addition, the administration should consider granting Temporary Protected Status (TPS) to Afghan nationals. The Secretary of the Department of Homeland Security has the authority to make such a designation due to the following temporary conditions in the country:

There is no question Afghanistan is going through “other extraordinary and temporary conditions.” What is clear is that policies need to change to reflect the reality there on the ground.

More Bang For The Buck: Hiring Lateral Partners In Groups Is Gaining Popularity

Sen. Graham questions Jackson about her advocacy for Guantanamo detainees