Despite The Saltiness Toward Online Schooling, It’s Sweeter Than It Used To Be 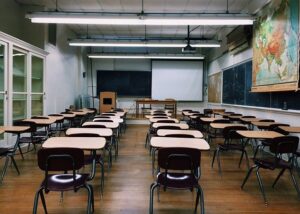 When COVID first hit and the air became spicy, no one knew what to do. People got crafty with t-shirts and Skype blew the lead to Zoom so hard that the Clippers can still keep their heads up in public. Most law schools moved online and changed how grade allotment. It sucked for the most part.

But it is at least a little better now:

Students surveyed this spring by AccessLex Institute and Gallup had better things to say about their remote or hybrid classes than they did a year ago, indicating that law schools improved their online offerings during the two-year pandemic and that students are more open to learning remotely.

In-person instruction still takes the prize: Among surveyed students who took most or all of their classes remotely this year, 72% rated their program as either good or excellent, compared to 78% of those who took classes in person. But that’s a much smaller gap than in 2021, when 57% of online J.D. students and 76% of in-person students gave their program high marks.

Progress is progress! I will admit that I was one of the anomalies — I actually enjoyed online law school a lot more than in-person classes. Once I was able to look past the whole global pandemic, my course load and the local risk of a second civil war, I realized that I was able to get back to what really mattered: playing Oldschool RuneScape! RuneScape is a massively multiplayer online roleplaying game that occupied far more of time than it ought have. Oddly enough, it also prepared me for quarantining.

It, or some other vice like Netflix or Crunchyroll, may also be the reason that people prefer in-person interactions. Far less temptation. Yes commutes suck, but I will admit that something about having to put pants on and leave the house that makes it easier to commit to studying and working. That’s probably why when networking and making good impressions are on the line, 92% of summer associates say that they would work in person if the offer was available to them. Lot harder to schmooze with the rainmakers at the firm when you’re trying to four man Nex in the other window.

Did You Crap Out At Your Law School’s Early Interview Week? You Aren’t Alone.

What Every Lawyer Should Know About Privacy And Cybersecurity Law

What Every Lawyer Should Know About Privacy And Cybersecurity Law

The Legal Ramifications of Online Business