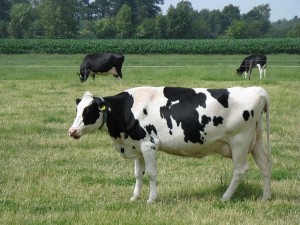 For a while there in 2019, it seemed like a month couldn’t go by without (then) Rep. Devin Nunes suing some critic or another (including, somewhat infamously, a satirical cow). After kicking it off by suing mocking livestock, he quickly moved on to suing news organizations. A big one was suing CNN, a favored punching bag of Republicans, which he sued in December of 2019.

Despite a Washington Post media critic (bizarrely) calling the lawsuit “halfway decent,” a judge quickly sent the case to its proper venue where it was (relatively) quickly dismissed. As we noted at the time, most of the decision to toss the case revolved around choice of law issues, regarding which state’s laws to apply. This case actually involved four possible sets of laws: Virginia, Washington DC, New York and California. Frankly, I think the case would be a loser under all four sets of laws, but exactly how does depend on which laws are being used. Nunes desperately wanted to make sure California’s (ostensibly his “home” state) laws did not apply, in part because California law requires that you first ask the news org to retract the speech you claim is defamatory (which it appears Nunes did not do).

After some back and forth, the court determined that California’s laws should apply — in part because of where the case was filed (in Virginia) even though the case was transferred to NY (choice of law fights are fascinating to me and like three other people, so I’m not going to go deep into the weeds as to how this worked, but trust me, it does), and the lack of request for a retraction basically destroyed the rest of the case. Again, it’s likely that the case would eventually be a loser under any of those sets of laws, but failing to meet the very basic criteria under California’s law dooms the case here.

Still, Nunes and his lawyer, Steven Biss, decided to appeal the ruling.

It did not go well.

The 2nd Circuit appeals court has affirmed the lower court decision, saying that Virginia’s choice of law principles (where the case was first filed) mean that California’s defamation law applies.

Applying the principles set forth above, as well as those animating the Virginia Supreme Court’s adherence to lex loci delicti, we hold that the district court correctly determined that under the circumstances presented in this case, the Virginia Supreme Court would apply the substantive law of the state where the plaintiff incurred the greatest reputational injury, with a presumption that absent countervailing circumstances, a plaintiff suffers the most harm
in his state of domicile.

We reject Nunes’s contention that, in the context of simultaneous multi-state defamation cases, Virginia’s choice-of-law principles require application of “the law of the state where the publication first occurred,” understood by Nunes as the state from which the statement emanated. Appellant’s Br. at 29. Under Virginia law, a statement is not considered to be published until it is seen or heard by a third party. See Food Lion, Inc. v. Melton, 250 Va. 144, 150–51 (1995) (holding that publication requires a third party to have heard the words spoken); Meadows v. Northrop Grumman Innovation Sys., Inc., 436 F. Supp. 3d 879, 886 (W.D. Va. 2020) (collecting cases for the proposition that, in the context of purportedly defamatory emails, the place of publication is where the email was “opened and read”); Katz v. Odin, Feldman & Pittleman, P.C., 332 F. Supp. 2d 909, 915 (E.D. Va. 2004) (“[P]ublication of a defamatory statement requires that it be communicated to a third party ‘so as to be heard and understood by such person.’” (quoting Thalhimer Bros. v. Shaw, 156 Va. 863, 871 (1931))). Further, under the Restatement (First) of Conflict of Laws, which sets forth the traditional lex loci delicti doctrine, the “place of the wrong” for purposes of a defamation claim is where the content was received and harm to the plaintiff’s reputation occurs.…

It goes on like this for a while before saying that it’s pretty clear that California’s — again, where Nunes was a Congressional Representative from, and where you’d think any “reputational harm” would be greatest — was the proper set of laws.

Then, it notes that, as the lower court said, Nunes’ failure to demand a retraction means he has failed to properly state a claim for defamation.

Accordingly, the district court did not err in concluding that California Civil Code § 48a governs, that Nunes failed to comply with that statute because he did not make a timely demand for a correction from CNN, and that the complaint should therefore be dismissed with prejudice for failure to state a claim. Dismissal is required because, as the district court correctly found, the complaint does not allege special damages with the necessary specificity under Federal Rule of Civil Procedure 9(g), and instead merely alleges “special damages” by including those words conclusorily in the general allegations of damages. 7 Lastly, because, under California law, conspiracy “[s]tanding alone . . . does no harm and engenders no tort liability,” Applied Equip. Corp. v. Litton Saudi Arabia Ltd., 869 P.2d 454, 457 (Cal. 1994), the district court also correctly dismissed Nunes’s civil conspiracy claim with prejudice.

And so another Biss/Nunes joint bites the dust. I wonder if whoever is paying Biss for all these lawsuits (whether its Nunes or some mysteriously unidentified third party) is happy about all these losses that keep piling up?

Court Tells Cops That Legally Owned Guns Are Evidence Of Nothing, Order Return Of Seized Money
John Oliver Explains How Cops Lie To People To Rob Them Of Their Freedom
It Can Always Get Dumber: Ron DeSantis Moves To Eliminate The Ridiculous Disney Exemption To His Unconstitutional Social Media Bill Because He’s Mad At Disney

Court: Yeah, No One’s Going To Feel They’re Free To Go When Cops Are Firing Bullets Through Their Front Door