Did A Professor Just Leave A Top Law School And Refuse To Grade Exams On The Way Out? 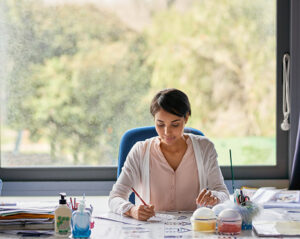 Final exams concluded over a month ago, but a number of worried students at UCLA Law (#23 in the ATL rankings!) say they still haven’t gotten grades for some of their classes yet. Which is wild because UCLA is showing students everyone else’s grades! Yes, the same week we reported on the school accidentally distributing its GPA spreadsheet, we’re hearing that one professor hasn’t turned in grades yet.

From a thread in the LawSchool subreddit:

Grades for other classes were released a few weeks ago, and the professor deadline for submitting them was at least a week before that. However, time dragged on and this particular Crim Pro professor was not submitting grades. Whenever someone would ask the school what was going on, they basically said they didn’t know either and were trying to figure it out.

And by “didn’t know either” we mean…

I’ve been told that the professor essentially ghosted admin and that they’ve tried every possible way to get in touch with him and get these grades, with no luck.

For all the problems with UCLA this week, and they definitely have some serious problems right now, give them credit for being responsive when students have concerns. The school apologized for the GPA screw-up and didn’t sugarcoat the situation when the Crim Pro grades didn’t come in and are upfront that the teacher went AWOL.

If the professor, visiting from another law school, has simply stolen away into the night, then that sucks for his career about as much as it sucks for the students left behind. That said, with the paucity of information out there right now, we have to consider the possibility that something awful has happened. Hopefully not, but we can’t foreclose the possibility that this was not an intentional dereliction of duty.

Still, the situation puts the students in a bind because clerkship applications already had to go out — the school provided a letter for application packets explaining the situation — and pretty soon it’s going to have to report grades to the California Bar so graduates can take the time-honored entrance exam. At this point we haven’t heard any resolution, but it’s hard to see this ending in anything but assigning the task to another professor for a rush review and a Pass/Fail grade.

It wouldn’t even be that hard because…

For what it’s worth, this was also a relatively short exam (3k word limit)

Wow. If this guy really did just bolt, imagine hating grading so much you won’t read 3,000 words!

Professor refuses to submit grades- what will happen? [Reddit]

How to Use Social Media to Grow Your Business

Can You Fire an Employee for Threatening to Sue?