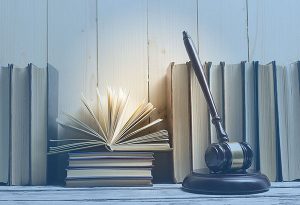 Qualitatively, it is always nice to talk about diversity and progress. Who doesn’t love a feel good story of odds overcome? Seeing Justice Jackson being sworn in and excelling from day one did my heart well. Quantitatively? Not so much. Earlier this June, the ABA took an in-depth look at a study that looked at the empirical data gathered from the general population of law students. Looking at those numbers, it is not surprising that federal judges have had some difficulty with diversifying their clerk pools. From the Washington Post:

An article published online Wednesday, however, suggests that many of the nation’s appeals court judges — one step below the Supreme Court — do think about race and gender in evaluating applicants for highly coveted one-year clerkships in their chambers.

A pair of judges and a law professor interviewed 50 judges from courthouses across the country, providing a rare look at how they approach hiring for jobs that influence judicial opinions and serve as steppingstones to even more prestigious Supreme Court clerkships and posts in government, academia, and private practice.

The judges they interviewed are not identified by name in the article to encourage candid conversation. Many reported difficulty hiring Black and Latino clerks. Those with the most success hiring people of color took steps to broaden their applicant pool and to consider indicators of talent beyond law school rank and grades. Black judges, the study shows, are particularly successful in recruiting and hiring Black clerks; they made up less than one-eighth of all active appeals court judges at the time of the study, but their courts accounted for more than half of the Black law clerks.

In response to the author’s conclusion, an old French saying comes to mind: Duh. It isn’t a surprise, really. Exposure and attentiveness have the potential to open up new ways of doing one’s practice — if you don’t take my word for it, Cornell did a study that showed that federal appellate judges who served on panels with women were more likely to hire female clerks. It’s indisputable, really… unless you’re D.C. Circuit Judge Karen L. Henderson and only hire one female clerk in 30 years. Or are Ruth Bader Ginsburg who only had one Black clerk despite spending all those years on the bench with Clarence. Look, exceptions exist, alright?

This is the part where I aim for uplift to give the reader some sense of catharsis as they approach the end of the article. At least, this is where I’d put that if things were actually on the up and up. As we approach the likely overturning of affirmative action, I wager that Justice Kagan’s line of questioning, and its effects, will ring true for years to come:

As the Supreme Court considered ending the use of race as a factor in college admissions last month, Justice Elena Kagan suggested the court’s decision could have implications beyond higher education — and closer to home for the federal judiciary.

Would it be appropriate for judges, Kagan asked, to consider race when making hiring decisions, especially if the judges think they must do so to build a diverse roster of law clerks?

“I don’t believe so, Justice Kagan,” the lawyer answered.

What’s next? Pressuring the president? Attempts have been made. Pointing out that legacy admissions at high-ranking law schools largely function as affirmative action for wealthy white folks? If only there were some sort of loosely food-based cult whose only goal was to inject diversity into the judiciary. You know, like Fed Soc, just with more of a focus on increasing diversity instead of punishing co-founders who acknowledge… American history.

Judge dies at 61 after feds raid his home

Judge exonerates Missouri prisoner after 43 years in prison; this law made it possible