Do You Have Any Room Left For Just Deserts? 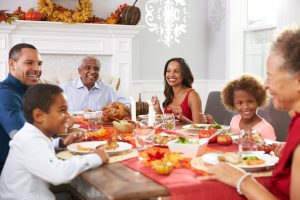 Wait until HR hears about this.

Above the Law is great for figuring out what the market rate for working Biglaw is, but trust that we’re more than a one-trick pony. We should also be your go-to if you’d like to learn more about the culture of the places you’re thinking about submitting a resume to.

Ince has launched a formal internal investigation after a viral tweet from a Cardiff restaurant owner claimed a group of its lawyers had behaved inappropriately towards a waitress.

I’m not clout chasing or looking for likes.

I just think we should start calling out rich people who think they can treat people like crap pic.twitter.com/sN5wplXDed

Thankfully, Ince has responded with a quick handling of the situation. While sexual harassment may be a selling point for presidential candidates, it is a clear no-go in the quarters of the world where basic human decency is still expected of those participating in civil society. It is a blessing to know that we seem to be moving away from a Mad Men-esque normalization of harassment being a thing you grin and bear. Across the pond at least.

A spokesperson for Ince said: ‘The company has been made aware of allegations in the media in relation to senior staff attending a dinner on Wednesday evening. The independent directors have therefore initiated a formal investigation. Whilst it is ongoing it would be inappropriate to comment further.’

Accountability must be rough for the perpetrators though: 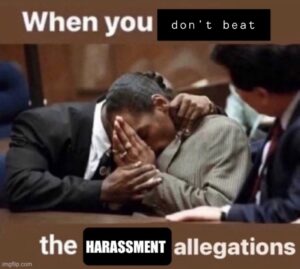 Please tip your wait staff. Remember that if they smile at you they probably aren’t flirting — it is their job to be nice to you, after all.  And if your boss is a jerk at an upscale Jamaican restaurant, let us know via email.

And again, because it bears reminding — be the person Mr. Rogers knows you can be. Even you C-suite people.