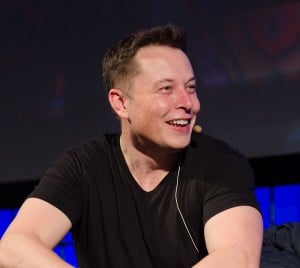 Cancer or not, get in front of the camera! (by Heisenberg Media)

Many of the angles discussing Elon Musk’s public utter failure to competently run the Blue Bird App have focused on how little he actually knows about technology. You don’t have to look much further than that time he fired the employees who have the nerve to answer his questions publicly… or privately. But these tech-focused angles miss something very important. Elon’s failure shows that he actually knows very little about the law too. We here at Above the Law would like to draw attention to his dearth of legal knowledge — not to mention direct a couple labor lawyers to their next meal ticket.

Elon taking over Twitter was an early Christmas present for California lawyers specializing in labor law. Dude about to get fucked up.

The class action lawsuit, filed Wednesday in the San Francisco federal court, highlighted how Musk told Twitter employees this week that they would have to “work long hours at high intensity” and “be extremely hardcore.”

The lawsuit was filed on behalf of Dmitry Borodaenko, an engineer laid off earlier this month. He accused Twitter of breaking state and federal discrimination laws. Borodaenko said he is a cancer survivor and was fired after telling his manager he preferred to work from home because he was at “extra risk” from COVID-19, per the lawsuit.

As most people know… or should know? The Americans with Disabilities Act (ADA) protect an employee’s access to reasonable accommodations. You know, wheel chair ramps, accessible computer software… making sure that people who are at risk aren’t forced to work under conditions that could risk their health when they could just as easily do the work from home, you get the picture. Given that the work being done doesn’t require the employee’s actual presence, it is almost as if Elon is requiring folks to be present just for the sake of a photo-op or something! But that would be silly.

He is really committing to the bit of “These photographs show I’m likeable and hands on!”

It only really works for folks who aren’t in the know concerning industry standards.

You should expect similar employment lawsuits to flow as Elon forces his employees to work “extremely hard” in the coming week or two that Twitter remains active.

“Many disabled employees who have, and would continue to, perform their jobs effectively have felt that, because of their disability, they will not be able to meet this new heightened standard of performance and productivity,” said the lawsuit, seen by Insider…”Elon Musk’s behavior since he took over Twitter a couple of weeks ago has been nothing short of appalling. I have never seen anything like this in my nearly quarter century representing workers,” Borodaenko’s attorney, Shannon Liss-Riordan, said in a statement to Insider.

Things are gonna get a lot worse before they get better, aren’t they? See you on Instagram in the meantime!

$4.3M in Grants to 36 Legal Services Programs Underscore Role of Tech in Driving Access to Justice

What is the Value of a Tax Attorney for Denver Individuals and Businesses?