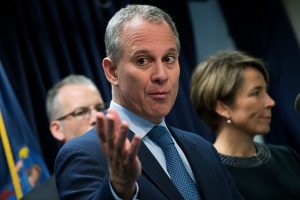 Mr. Schneiderman is deeply grateful for the court’s decision to reinstate him to the practice of law. He has committed himself to working every day to become a better person and to earn the trust placed in him by the court.

— Ethics attorney Michael Ross, who represented former New York Attorney General Eric Schneiderman in proceedings before the Manhattan-based Appellate Division, First Department, to get his license to practice law reinstated, commenting on the decision in his client’s favor. Schneiderman was suspended from practice last year after he admitted that his physical and emotional abuse of former romantic partners violated the rules of professional conduct. Ross said that Schneiderman plans to “work[] on legal issues that promote strong social and community values.”

An SEO Crash Course For The Legal Field

An SEO Crash Course For The Legal Field

Top 3 Tips for Choosing the Perfect Lawyer for Your Business