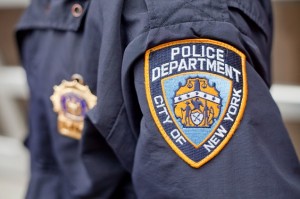 Caselaw throughout the US supports there being a First Amendment right to record police officers going about their jobs. And for good reason — so much police misconduct has been brought to light because of everyday people recording the missteps of those who have failed to serve and protect. Less certain is the right to listen in on what they are doing — and that power may be stripped from most New Yorkers soon.

The NYPD says it wants to reimagine its current police communication system and transition to encrypted messages by 2024 according to a recent amNY report confirmed by Gizmodo. While law enforcement has spent years fighting to make encryption less accessible for everyday people, police think they need a little more privacy. Critics worry a turn towards encryption by law enforcement could reduce transparency, hamstring the news media, and potentially jeopardize the safety of protestors looking to stay a step ahead.

Let me be the first to say that these are all legitimate concerns. I know that there is a general urge to trust the police — they are one of the most trusted professions, after all — but I strongly believe in a healthy distrust of people in positions of power. Absolute power corrupts absolutely, and all that. And when that happens, because it will happen without checks and balances, civilians get hurt. NYPD was in this situation not too long ago, back when Brooklyn’s District Attorney dismissed about 400 crimes because the convictions were tied to dirty cops who took bribes and committed perjury. Listening to police radio conversations can be very useful for holding them accountable, like that time someone used a police scanner to hear NYPD police officers say that protesters should be shot and run over as they acted on their First Amendment rights. And while there may be some uncertainty over if the voices heard are the officers or someone else’s nearby… the surrounding audio does suggest the voices held badges.

NYPD officers overheard on police scanner threatening violence against protesters. A person called in to describe the scene, and someone responded, “Run them over. Shoot those motherfuckers.”

Right after, someone said, “Don’t put that over the air.”https://t.co/sbs2jsZvuR

This is unlikely to be the last time that someone pulls the “just trust us” card, wanting there to be less accountability for police officers. But can we like… not do that? According to our own FBI documents, we have reason to believe that the police have been infiltrated by terrorist groups for at least the last decade. Body cams, which were once described as a cure-all for police misconduct, are now catching police misconduct in 4k.

In fairness, this is a video of an LAPD officer appearing to plant drugs on someone, but best believe the NYPD officers have been caught planting drugs on people too. Now that you’ve read through all of this (and thanks for that), just think about the implications of this paragraph.

According to amNY, the NYPD’s new plan would allow law enforcement officers discretion on whether or not to publicly disclose newsworthy incidents. That means the NYPD essentially would get to dictate the truth unchallenged in a number of potentially sensitive local stories. The report suggests police are floating the idea of letting members of the news media monitor certain radio transmissions through an NYPD-controlled mobile app. There’s a catch though. According to the report, the app would send radio information with a delay. Users may also have to pay a subscription fee to use the service, the paper said.

There’s no way this doesn’t end up getting abused to cover up police crimes and put the NYPD in the best light possible. We already know the hoops the NYPD will go through for some good PR.

If The ABA Eliminates The LSAT, What Will D-Bags Cite As Their Pick-Up Line?