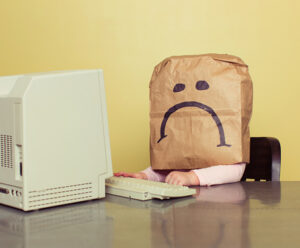 Students are abuzz about a federal court opinion last week ruling that a remotely proctored university exam violated the Fourth Amendment when it captured a student’s sensitive tax documents.

The Northern District of Ohio ruling affirmed that Cleveland State University can’t willy-nilly video a student’s bedroom just because that student is taking a remote exam. Given the abject disaster of remote proctoring the legal industry faced during the pandemic, folks are cautiously optimistic that this opinion will end to the tyranny of flagging cheating arbitrarily in the many remote testing opportunities throughout the legal education lifecycle.

Unfortunately, that’s not going to happen.

CSU mounted a comically poor defense of its practice, “defended its room-scanning practice by saying that it had become common during the pandemic and, therefore, more acceptable to society,” according to Ars Technica. Judge  J. Philip Calabrese did not concur:

Though schools may routinely employ remote technology to peer into houses without objection from some, most, or nearly all students, it does not follow that others might not object to the virtual intrusion into their homes or that the routine use of a practice such as room scans does not violate a privacy interest that society recognizes as reasonable, both factually and legally.

Yes, the “bah, we break the law all the time so you shouldn’t be surprised” defense only works if you’re a police officer.

But there are a few key facts missing in some of the chatter around this opinion. First of all, the Fourth Amendment applies to state actors, ensnaring schools like CSU, but won’t trip up the privately administered LSAT or some private law school running a remote test like this.

Public law schools and bar exams don’t have the luxury of getting out on that count though.

Secondly, CSU left it to individual professors to decide whether to conduct these room scans. In this case, the plaintiff’s professor had opted into the policy originally, but backed out after the student raised a timely objection. Meaning the student had no expectation that this would happen during his test.

Additionally, the record here shows a variable policy— enforced, unevenly, in the discretion of a combination of proctors and professors—of using remote scans that make a student’s home visible, including to other students, with uncertain consequences.

Make no mistake: every public school or hypothetical future remote bar exam will absolutely get that waiver from you. There will be no opt out. Consenting to the scan will be a condition of taking the test.

Which… is probably the right answer. If we’re going to have tests at home there’s going to be some manner of proctoring and it’s entirely reasonable for them to require that.

But they can’t just drop it on you without you consenting to it first.

The Five Legal Tech Themes I Took Away from #ILTACON22