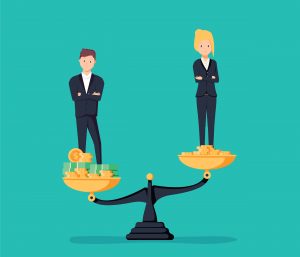 Are we having fun yet? An old friend of mine decided to retire from the bench when he realized that he wasn’t having fun anymore. He made that decision after spending close to 20 years as a judge, but when the COVID-19 lockdown came, he realized that all he was doing was continuing cases into the “ether,” and he decided he was done. He did not want to continue to do something that had lost interest for him. He was a great judge, patient and decisive (would there were more of those). He concluded that not only was he done with judging, but he didn’t want to sit by assignment, nor did he want to wander off into the realm of private judging. He had stuck a fork in himself, and he was done, kaput, finished, and he’s never looked back. Good for him. Practicing law and then being on the bench were means but not ends. There’s a lesson for all of us here.

What struck me the most about what he told me was that he was no longer having fun. Let’s stipulate that judging is serious work, from small claims to death penalty matters, but he was no longer enjoying what he was doing, thus, his motivation to retire. Practicing law and fun, judging and fun are oxymorons, aren’t they? But should they be? It depends upon the definition of fun, which everyone defines differently.

I’m not saying that being happy practicing law is a condition subsequent, but I do think that there must be something in the practice that makes it worthwhile, even fun from time to time. Fun is certainly not in the cards every day (and we can thank opposing counsel, difficult clients who don’t see the value in our advice and push back about paying for it, and the courts for “not having fun” days). However, we have to find some sense of enjoyment from what an unbearable grind daily law practice can be. I am sure that there were days, even weeks, when my friend didn’t have fun, but my overall impression is that he enjoyed the work, he enjoyed his colleagues, and he felt that it was all worthwhile. As I said, everyone has a different definition of fun. One lawyer’s fun might be torturing opposing counsel, another lawyer’s definition might be seeing a “hot mess” case resolve. This is not “one size fits all.”

But this all goes back to whether lawyers have any senses of humor. And in a column, I wrote some years back, the jury (pun intentional) is still out on that.   There’s a big difference between taking the work seriously, which we all do, and taking ourselves seriously, which we should not. Being able to laugh at some of the ridiculousness we all confront as lawyers helps us to keep ourselves on even keels. My retired judge friend has a wicked sense of humor that held him in good stead on bad days.

I understand well the pressure that lawyers are under; I was under such pressure more times than I can count. But what got me through the worst of the times — and there were definitely some doozies, both external and good old corporate infighting (watch your front, watch your back, etc.) — was a sense of humor, that all this will pass at some point. And it does, just not necessarily fast enough. Hang in there.

Turning to the “are we there yet” department, there’s new data that women who hold faculty and administrative positions at law schools are still second-class citizens. As Chris Williams points out, nine (!) female deans at all ABA approved law schools are not enough. Nine may not even be enough for the Supreme Court, but that’s a topic for another time.

Law school deanship data show that we are not even close to being there yet in terms of parity of female leadership of law schools. The low percentage of female deans is shocking, especially in this third decade of the twenty-first century. Not only deanships, but faculty positions as well. How many women are on the non-tenure track, teaching legal writing and research? How many women have tenure? Why aren’t there more women as deans? What’s the problem here? Shouldn’t the law school administrations and faculty look more like the law school classes, which are now more than 50% women? Don’t ask Amy Wax at Penn.

In the old days, ads were “help wanted male” and “help wanted female.” The EEOC put the kibosh on gender-specific want ads in 1968, a little more than 50 years ago. Just look at the differences in the available jobs for men and those for women. I especially liked the ad in the “help wanted female” category that says, “train for a full-time career in being nice to people.” I am not making this up.

But it’s not just the paucity of female deans and faculty. Who is getting the corporate work? Not women-owned law firms, not even 20%.

Law school administration and faculty, Biglaw equity partners and chairpersons, general counsels, the panoply of positions that women should fill, and we are still not there yet. What is it going to take and how much longer? I know, I know, “Don’t ask a question you don’t know the answer to.”