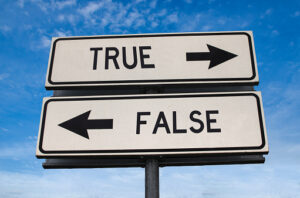 Gibson Dunn is pushing back after an unsealed sanctions motion and some very skeptical judge comments earned the firm some unfortunate notoriety. Plaintiffs accused the firm of holding up discovery with one hand, while arguing that further discovery was “too late” with the other.

The Biglaw firm representing “the artist formerly known as Facebook” in the Cambridge Analytica case says the motion presents a false account and that the team is “mortified” by the judge’s comments, suggesting at hearings that the plaintiffs may have a point when it comes to their discovery complaints.

From the firm’s perspective, “Discovery in this case has not been easy, and has involved numerous disputes between the parties on important and often technically complex issues that have taken time to work through.”

The judge said that Gibson Dunn’s opposition faces a “little bit of an uphill battle” based on what he’s seen so far, so this opposition filing better be epic.

In our original post, we noted that there are perfectly reasonable explanations for some of the alleged missteps. But Judge Chhabria seems inclined to take a dim view of so many issues compounding upon themselves.

We’re looking forward to the upcoming May 19 hearing!

Law School At The Top Of The Constitutional Law Game

The Metaverse And The Practice Of Law

How Often are Trucking Companies Required to Perform Maintenance in Gonzales?