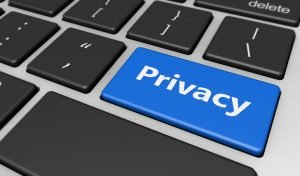 In the wake of the Supreme Court’s dismantling of Roe, U.S. tech companies didn’t much want to talk about their role in securing women’s data. And they didn’t want to talk much about it because they know that the privacy standards and oversight of the entire US snoopvertising economy, from adtech and telecom to app makers, media giants, and the internet of things — is an unaccountable dumpster fire.

Concerns about things like the widespread abuse of location, clickstream, or behavioral data were routinely dismissed before hardline authoritarianism came to the United States. You couldn’t step a foot in any direction without seeing a white male tech insider insisting that you don’t need to meaningfully reform privacy and privacy oversight, because consumers don’t actually care about privacy:

just thinking today about how the people who have spent the past decade-plus insisting “no one really cares about online privacy” were so often men pic.twitter.com/SDrl5CulFH

With the potential that women’s browsing, behavior, app, location, and other datasets could be easily purchased and abused by authoritarian state governments and vigilantes (to potentially deadly and life-destroying effect) — 30-plus years of activist warnings are coming home to roost, and the need for reform isn’t going to be quite so easy to flippantly dismiss (not that these same folks won’t still try).

A lot of companies that made untold fortunes on the back of minimal accountability will soon face a brand new reality. The smarter ones are already getting ahead of a privacy debate paradigm shift that’s going to be fed repeated accelerant in the form of scandals that will make the Equifax or T-Mobile location data scandals look like a beach-side picnic.

After initially being silent, Google last week penned a blog post announcing it would be deleting any user location data for those that have been near abortion clinics. It’s a welcome start for a tech sector that couldn’t be bothered to even issue rote promises immediately post-Roe:

Today, we’re announcing that if our systems identify that someone has visited one of these places, we will delete these entries from Location History soon after they visit. This change will take effect in the coming weeks.

There’s not much detail on how this will work, and Google executives weren’t willing to chat about the changes with the press. Will the deleted gaps create entirely new red flags for law enforcement? What about incognito user searches? What about other sensitive data collected by Android OS and Google hardware?

Google did make it clear that having better, more ethical privacy standards and enforcement isn’t something it can do on its own, however powerful it may be:

Given that these issues apply to healthcare providers, telecommunications companies, banks, tech platforms, and many more, we know privacy protections cannot be solely up to individual companies or states acting individually. That’s why we’ve long advocated for a comprehensive and nationwide U.S. privacy law that guarantees protections for everyone, and we’re pleased to see recent progress in Congress.

Google was also just busted for providing access to all manner of sensitive user data to a sanctioned Russian adtech company owned by the country’s biggest bank, so again, there’s often a sizeable gap between words and actions. And that gap is going to be relentlessly exposed post Roe by authoritarians that are going to push their decade-plus Supreme Court advantage as far as they possibly can.

To be clear, this isn’t an easy issue to solve. There’s no switch to flip. Companies repeatedly make it clear they’re not even fully in tune with the scope of their own data collection. Many activists, in turn, were quick to argue that if Google really wants to help, it could just collect less data overall:

The Washington Post sang a similar tune. But in a country with no federal privacy law, regulators that lack the funding, authority, or manpower to actually police privacy, a Congress that’s completely gridlocked due to multi-sector corruption, and a high court making it extremely clear that already dwindling privacy and corporate accountability are on the chopping block, that just doesn’t seem likely anytime soon.

Most of the policymaking coming out of Congress in relation to “big tech” (from Google to TikTok) is generally just performative noise designed to agitate the base or protect online political propaganda. There’s no real incentive to truly get a competent privacy law or real antitrust reform done anytime soon, and the Supreme Court seems intent on dismantling the entire regulatory state as Congress dithers.

Given government failure and the broad privacy dysfunction across telecom, adtech, apps, hardware, and media, consumers don’t have a whole lot of autonomy on privacy. That leaves the onus on corporations to do better. And corporations only act on privacy when there’s a scandal so obvious and grotesque they have no choice. The post-Roe landscape is poised to deliver those scandals in spades.

Legal Ops Pros: The 101 On Building Your Team’s Reputation

Bienvenidos A Miami! Biglaw Firms Are Racing To Open Offices In The South Florida City