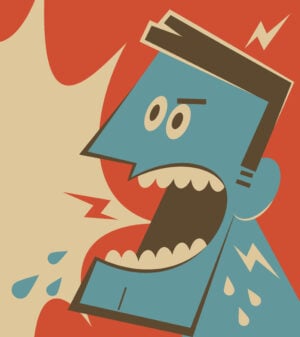 Funny thing about the right to protest — its invocation isn’t always convenient. The point of protest is kind of undermined if its done in a way that doesn’t impact people; no political organizer was ever made happy by being told that their protest had to stay within a preapproved “free speech” zone that was out of the public eye. And as much as I understand that it is nice to take a break from the troubles of the world, I cannot for the life of me understand why an adult who teaches at Indiana University Maurer School of Law thinks that complaints about conventions being a little too political for his taste are what the world needs right now.

On Aug. 5, Indiana’s legislature approved a near-total ban on abortion. Down the street, my son and I were playing the board game Bunny Kingdom. Unfortunately, these things are connected.

In Bunny Kingdom, players lead competing clans of rabbits gathering carrots. I hate to admit it, but when play was suspended for the day and we walked outside into an Indiana summer where politics never stopped, my son was beating me. But there was no card called “Boycott” or “Take Your Bunnies and Leave.” Winning is great, but the main thing is to keep playing.

Maybe it’s too much to expect next year’s convention to include a ribbon celebrating “Gen-Conservatives.” But I’d gladly wear one that says “Everyone’s Welcome — Let’s Play.”

For the sake of a tl:dr, Timothy William Waters makes a cookie cutter argument for the private public: Have your political views and cultural preferences, but follow the Olive Garden rule when we’re all together in public — when you’re here, you’re family. It’s just the guy grilling meme stretched out to fit a Washington Post article that was sprinkled with some Comic Con.

Gen Con supports diverse identities: Convention badges sport ribbons saying “Gaymer” or listing wearers’ pronouns. With many convention-goers dressed as elves, the welcome goes way beyond the gender binary: Become the sexy vampire you’ve always wanted to be, or just the person you actually are.

Which, for some hardcore geeks, means being conservative. They might like “gaymes” and Donald Trump. They might celebrate the latest release from Magic: The Gathering and the overturning of Roe v. Wade.

There’s no badge for that identity, and that had been fine, too, but this year Gen Con President David Hoppe attacked the Indiana abortion bill and threatened to move future conventions elsewhere.

Sure, there are Magic The Gathering nerds who are happy that Clarence Thomas has more to say about their mothers’ wombs than their mothers do. There are also fans of Star Wars who are big fans of imperialism and X-Men fanboys who think Amy Wax makes some good points. It is a bit of a meme at this point actually, rightward leaning people not getting that their favorite fantasy is actually ham-fisted political commentary that they’re still, somehow, too oblivious to recognize. Take for example the Punisher, a clear anti-cop anti-hero, being adopted by right-wingers and police officers so frequently that the author had to give a functional cease-and-desist letter. Or how, again, right-wingers were surprised to find out that the clearly coded as power hungry Nazi Homelander was actually the bad guy all along.

Timothy went on to give a heartfelt call for the separation of politics and play:

For activists, pressuring companies helps their side prevail.

Except it doesn’t, really. We all lose, because turning markets into a political battleground harms our shared moral economy and damages the apolitical spaces that help preserve a decent, tolerant society.

Shared spaces of civil society relax the boundaries of entrenched identity, allowing humans to escape tribal, religious or political isolation. That’s true in markets open to everyone, or universities teaching diverse ideas, or places where people can play and learn that victory is not absolute and coexistence is possible in defeat.

I’m going to let you in on a secret, Timothy. Life isn’t as neutral as you may think it is. And I think that using a convention as the starting point for this conversation is a great example of how “apolitical” fantasy spaces still bring with them the trail of reality.

The things we do have ethical implications, like how our candy consumption can be linked to slavery or how eating shrimp can be linked to slavery or how our license plates can be… you get my point. The political implications of events don’t go away just because you’ve rolled a Nat 20. I’d ask Darrien Hunt to comment on the situation, but he not available at the moment, what with being killed by two police officers because he was caught wearing a Japanese anime costume in public. You might not care that glocks were being sold where 20-sided dice once were  — no literally, that’s the example he uses:

Despite its earlier threats, Gen Con said after the abortion legislation passed that the convention would return at least next year. But if organizers eventually flee, where would they go? The South and Midwest would be mostly off-limits. More likely, the convention would go into deep-blue exile, leaving behind the Indiana Convention Center — the same hall where I attended the 2019 National Rifle Association convention. Booths that sold 20-sided dice this month were selling Glocks then. The NRA is returning to Indianapolis in 2023. How are politics improved if the elves abandon Indiana to the orcs?

But some people with, you know, political convictions, do care. You can’t in good faith play the “let the market decide” game and be mad when the odds are not ever in your favor.

Life isn’t a board game: Everything feels political in our eternally urgent “now.” But the push for ideological supremacy is self-defeating. Boycotts and corporate relocations might pressure legislators, but they also sever us from each other.

Going for the ethos by characterizing your separation issue as a severing is cute  rhetoric, but let’s not make a habit of comparing scalpel wounds to paper cuts. The nature of the wounds described are fundamentally different. The big sad you feel for not being able to play board games in peace is not equal to the frustration felt for losing one’s bodily autonomy — and no one should buy the argument that they really aren’t that far off because both have something to do with not being able to do what you want.

Re: Homelander and The Boys, I think that Ryan Broderick’s framing works just as well as an analysis of the show’s dramatic fallout as it does for Waters’s wailing about not being able to play his games without a meddlesome rule of law crisis and right-wing Christian takeover of our political horizon being underway.

The users whining about season 3 of The Boys want Butcher and Homelander to high-five, agree to disagree, and then go fight the Real Bad Guy. They want a tragic Homelander’s backstory so they don’t have to reflect on why they were so drawn to the character in the first place.

Maybe if Waters (and others) read the lore of their respective games they’d be a little more politically active instead of playing dress up and board games as the world burns.

Ways Tax lawyers in Denver Assist During an Audit

How IndexNow is Changing the Face of Search Engine Indexing