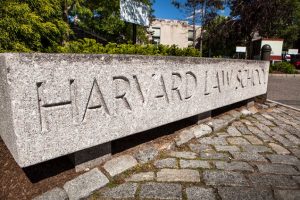 Earlier this week, someone “affiliated with HLS” attacked a student “while also uttering a homophobic slur.” The law school informed students that the suspect was caught and no longer allowed on campus.

That said, as far as we can tell, the attacker has not been arrested based on the school’s statement, which only indicates that the person is “no longer at large.”

We write to provide you with information about a security incident that occurred on the HLS campus. This afternoon, an individual affiliated with HLS entered our campus and is reported to have punched a student while also uttering a homophobic slur. Harvard University Police Department and Securitas officers responded. The individual is no longer at large and is barred from our campus, and HUPD has determined that there is no immediate threat to our community.

Student arrived on campus with baseball bat (but doesn’t appear to have used it) and attacked another student by punching him, saying homophobic slurs, and saying that “you have one day left.” Another student called campus police.

Students are concerned that the perpetrator hasn’t been arrested, emboldening him and others similarly minded to act again.

A baseball bat… elevates this quite a bit. Even unused, the introduction of a deadly weapon to the equation suggests pre-meditation. 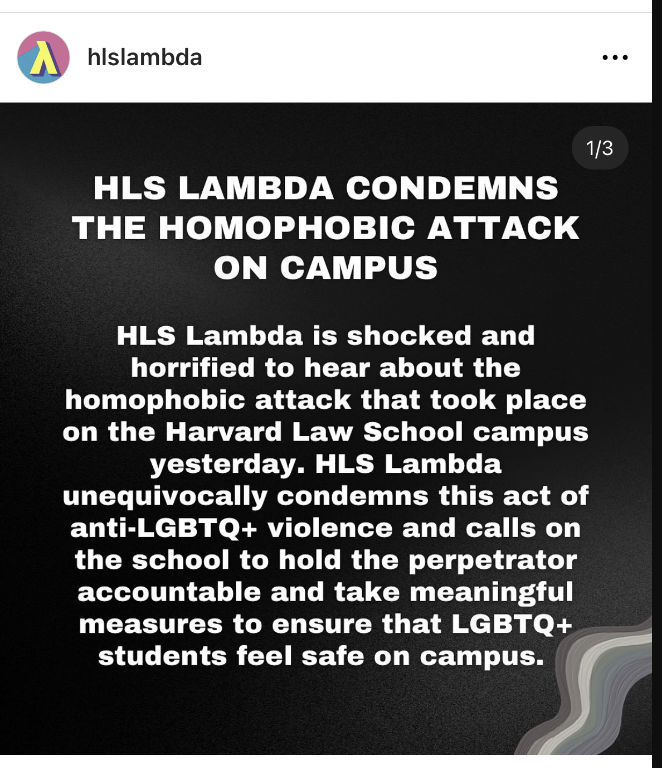 Any future prosecution will probably involve a dispute over whether or not the attack was specifically motivated by anti-LGBTQ+ animus, but that’s also not really relevant from Harvard’s perspective. That the attacker went to the bigotry well during the attack conveys a belief that violence is justified when targeting gay folks and that’s enough to terrorize the community and demand a response. Even if this fails to sustain a hate crime charge, it’s more than enough to reveal the danger festering out there as anti-LGBTQ+ bigots feel emboldened.

And when other law schools are giving platforms to anti-LGBTQ+ hate groups, it’s easy to see why. When dehumanization is treated as legitimate discourse, violence is never far behind.