Hear Ye, Hear Ye! Hearing Aids Are About To Be Way More Accessible! 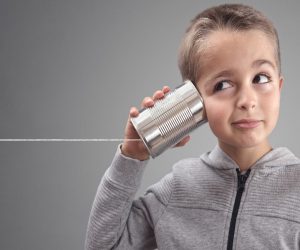 Much, much, much better than this.

As a glasses-wearer, sometimes the thought crosses my mind that there are a bunch of people who just wake up being able to see clearly. I pull a Velma till I can find my frames — a tortoise shell pair I got prescription and all for about $30 bucks from eyebuydirect.com (without insurance, mind you) — and go about my day. But sometimes the thought goes a little further. I think about the other pairs of glasses I’ve had, the Warby Parker pair I don’t wear anymore that was closer to $100, the costlier pairs that could go into the hundreds or thousands. Sometimes, I even think about the people who walk around and see stoplights like an earth-bound Orion’s belt because they can’t afford a pair of frames. It is a sad reality that many Americans just kind of put up with limitations to their sight and hearing because of cost. Hearing aids, far past a couple of hundred bucks, on average cost thousands of dollars to get fitted for. Thankfully, an FDA rule will make it easier for folks to overcome the cost hurdles associated with hearing clearly.

For millions, hearing aids and the doctor’s visit to get them are too expensive. That’s why I called on the FDA to make them available over the counter.

Today, they did just that. This action will increase competition and lower the price of a pair by nearly $3,000.

Today, the U.S. Food and Drug Administration issued a final rule to improve access to hearing aids which may in turn lower costs for millions of Americans. This action establishes a new category of over-the-counter (OTC) hearing aids, enabling consumers with perceived mild to moderate hearing impairment to purchase hearing aids directly from stores or online retailers without the need for a medical exam, prescription or a fitting adjustment by an audiologist…It is designed to assure the safety and effectiveness of OTC hearing aids, while fostering innovation and competition in the hearing aid technology marketplace.

Congratulations are in order! I’d say this calls for a round of applause, but that would be a little too on the nose, even for me. This simple decision will be a huge quality of life improvement for many.

my last pair of hearing aids cost over $4k out of pocket. i haven’t been able to get one fixed because they’re six years old and the technology is obsolete, but i can’t yet afford new ones, so i’m relying on an even older pair. this decision will literally change my life. wow. https://t.co/aIP6Azr5nC

Let the competition ensue! This is a great opportunity for hearing aid manufacturers to start making quality goods at competitive OTC prices. Or for Amazon to break into the OTC market and release hearing aids that also record literally everything you experience like some newfangled audio-only Snapchat Spectacles. Hopefully the antitrust people prevent that.

Common Preventable Injuries That May Alter Your Life for Good