How Law360 Pulse Tracks Diversity In The Legal Industry 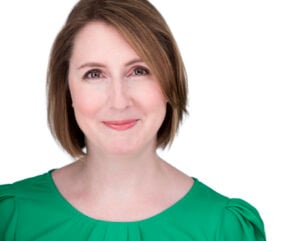 When it comes to gender and racial diversity, the legal industry still has a way to go.

Kerry Benn, the director of Series, Surveys, and Data at Law360, dropped by the Evolve the Law podcast to discuss the legal news outlet’s latest Diversity Snapshot and Glass Ceiling Report. The reports examine the state of racial diversity at law firms, as well as how women are faring. While the results aren’t exactly heartening, Kerry offers some ideas for firms looking to make greater progress on diversity and inclusion.

Kerry also dives into some of the new data visualization tools from Law360, including a law firm merger tracker. The tool is one of just many exciting developments to come from Law360 Pulse, which uses powerful data and analytics to deliver exceptional business of law coverage. Readers can check out Law360 Pulse’s insights at Law360.com/pulse.

This interview has been edited for clarity and length.

ETL: Tell us a little bit about the Diversity Snapshot Report.

We essentially ask firms for the demographics of the attorneys who work there. I’m sure you won’t be surprised to hear that the numbers on the Diversity Snapshot are pretty bad, right?

It’s something that firms are focusing on a lot, but it’s definitely got a long way to go. We created a set of benchmarks and measured firms on how they did against those benchmarks.

We look at what percentage of law school graduates are people of color, as that would provide the potential pipeline of hiring for firms. If they’re meeting that number or exceeding it, great. If they’re falling behind, that shows someplace where they can improve.

We’ve also measured equity partners against the percentage of associates who were people of color. So, where is it falling off? Is it at the hiring level? Is it people leaving before they could become a partner? Is it people just getting passed over for promotions?

We felt like that hopefully helps firms and gives them a more complete picture of the process.

ETL: What are the big takeaways for law firms that might be interested in this report and trying to do better on diversity and inclusion?

I know since the murder of George Floyd, which was last May, this is something that firms have really tried to step up their commitment to. We’re hoping we’ll see that play out.

For example, I think we’ve seen like a one percentage point uptick in the number of people of color at firms over the past five or six years. It’s really just barely moving.

And I think based on our reporting, a lot of what we’ve seen is that there’s a couple of factors at play. One is this institutional bias that comes with the policies that a firm has in place.

For example, one thing people mentioned often is the assignment of work, and the way origination credits work at firms. That benefits the people who are already in power — the majority of whom are white men. There hasn’t been a lot of movement to change that yet, but I think firms are starting to look at that and say, “Oh, wait, if this is keeping the status quo, maybe it’s time for a shake up on that front.”

ETL: Hopefully this can give some ideas to law firms on how to try to create more diversity and inclusion in our industry.

A couple other things I would say, too, is often we hear from people we interview that people of color don’t feel like they have mentors who look like them at firms.

I think it’s like 7% of equity partners at firms are people of color. So, you don’t see mentors who look like you, if you’re in that position.

Also, there’s a huge institutional issue here, where a lot of students of color have difficulty even achieving the goal of getting to law school. It’s something that’s out of reach for many people.

But then we see a lot of firms, especially big firms, who say, “We’re going to only look for the top 14 law schools in our hiring.” And if they’re not including any of the Historically Black Colleges and Universities in that group, and you’re basically looking at Harvard and Yale — maybe that’s part of the problem, too. Expanding that hiring focus could be an important step.

ETL: Tell us about the Glass Ceiling Report.

It’s based on a survey that we send out to all the biggest firms. We’re looking to see their percentage of women in any level, but especially at higher levels.

Unfortunately, it is also pretty bad.

It’s better than the Diversity Snapshot, in terms of raw percentages, but it’s still improving at the same pretty slow rate.

This year’s report shows that about 38% of attorneys — and less than a quarter of equity partners at firms — are women, which is pretty similar to last year. And of course, women of color face additional challenges, including being overlooked for good assignments and lacking mentorship opportunities.

At U.S. law schools, women of color make up 20% of first year students, but at the firms we surveyed, women of color only represent 9% of attorneys and 3% of equity partners. That’s a pretty big drop-off.

ETL: Law360 continues to put out a suite of data visualization tools. Tell our audience about some of these tools.

We’ve really been making a huge effort to step up our visualizations and build some new tools.

In some cases, like on our satisfaction survey, we built an interactive graphic where you could sort by women and men, or by firm size. You can tailor it to your own experience, and say, “Oh, other women in their thirties are more satisfied or less satisfied than I am. What can I do about that for myself?”

We’re also working on building a law firm merger tracker. And we’ve got a tracker on our website that we’re updating a few times a week about how firms are going back to the office.

We’re going to launch our partner compensation report to potential respondents, and I’ll be interested to see how that shakes out.

We’re doing a lot of research and data collection on what makes a great law firm. And we’re planning this big, new law firm ranking that we’re going to release in early 2022 that will look at a bunch of different attributes of firms and try to evaluate who’s the cream of the crop.

ETL: For our listeners who want to learn more about your work at Law360, how can they connect with you?

You can check out our Pulse site, which is Law360.com/pulse. My team’s data work is housed on our Insights tab.

Wanna Be Taught By The Best? Check Out This Law School

Wanna Be Taught By The Best? Check Out This Law School

Love Working In Biglaw? It May Be Surprising, But You’re Not The Only One