How the original stacks up to the spinoff, part 3


Over my past two columns, I’ve focused on reviewing two related television series, The Practice and Boston Legal, with the ultimate goal of comparing them. To conduct my review, I utilized the top-rated episode from each series as calculated by episodeninja.com. So, which series came out victorious? The Practice? Boston Legal? Not so fast.

The case for ‘The Practice’

Dylan McDermott has a very classic delivery as Bobby Donnell. When I say “classic,” I mean that his portrayal is easily accessible to audiences who have watched lawyer-centric television over the decades. From my limited experience with the character, he seems stoic, measured and somewhat skeptical … but approachable. His depiction was one of my favorite aspects of The Practice. In addition, the episode’s (“Honor Code”) dark lighting, heavy atmosphere and overall somber tone further bolstered this “classic” aspect.

As a practicing criminal defense attorney, it was refreshing to see a series devoted almost entirely to that specific area of law. Even though the episode in question saw the firm outside its comfort zone by stepping into a civil personal injury jury trial, there were still plenty of stylistic flourishes, which translated to my personal experience defending the accused.

In particular, I was impressed with a scene in which one of the firm’s attorneys was tasked with cross-examining the young victim of the personal injury claim. As noted in my initial review, the attorney did an exceptional job of handing the boy with “kid gloves” while still getting in shots to attack the witnesses’ credibility. I have to question child witnesses fairly regularly in my line of work (I defend many sex crimes involving accusations from minors). I know the stress of potentially traumatizing a child who was an actual victim of a heinous crime. Still, I also respect the legal process and the fact that serious allegations must be seriously challenged. It isn’t easy, and the episode tried to relay that properly.

I also felt The Practice did an admirable job of communicating an actionable ethics lesson. The issue of client confidentiality can sometimes be tricky water to navigate, depending on the specific circumstances. The Practice did wonders creating a fact pattern that would make even the most tightly wound attorney question the boundary between personal morality and professional ethics.

Nevertheless, there is a flip side to that positive point. The attorney who broke client confidentiality was ultimately brought before the bar for a disciplinary hearing, which the episode discusses in some detail. The attorney was very disrespectful and somewhat obnoxious in explaining what would otherwise be very valid critiques on the adversarial aspects of the American legal system. Nevertheless, he was able to walk away with a very short suspension, and that, along with his actions in the hearing itself, seemed a bit far-fetched. 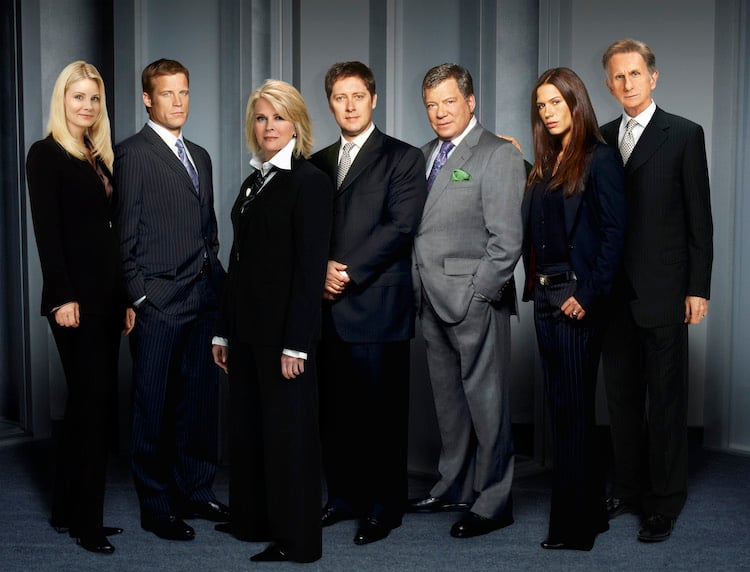 The case for ‘Boston Legal’

At least in regards to the episode (“Death Be Not Proud”) I reviewed, Boston Legal was a tale of two stories. I mentioned in my write-up how the death penalty plot was better received than the “nymphomaniac” thread. As I explained, the juxtaposition of the dueling narratives was offsetting in more than one way.

The “death penalty” story was well put together. It adequately handled the difficult task of being both informative and emotionally compelling. The production team made a point to embrace the gravity of state-sanctioned murder while also balancing the polarizing nature of the death penalty. It was clear that Boston Legal has an anti-death penalty perspective. Notwithstanding, the agenda wasn’t shoved down the audience’s throat, focusing instead on the humanity of the defendants who face the ultimate punishment.

But, as much as the “death penalty” plot resonated with me, it created a stark contrast with the “nymphomaniac” storyline. To be fair, I can see reasons for including this additional theme. The production team likely did what they could to balance out the seriousness of the death penalty with the ridiculous tale of Shelley Long’s character hiring male prostitutes and her attorneys crafting an arguably unethical defense aimed at gaining the favor of a virgin jurist. Further, the courtroom scenes involving this story were laughable in all the wrong ways.

But maybe I’m putting too much thought into that. It’s also entirely plausible that production merely wanted a vehicle to include Candice Bergen and William Shatner. Even from some of the offhand lines delivered during the death penalty story, it’s evident Boston Legal prides itself on a lighthearted edge. The show offers incredibly talented actors with plenty of comedic chops, so defaulting to its strengths makes sense.

Regardless of the reason, though, it just didn’t sit well. The delivery was off, and the attempt to lighten the mood gave somewhat disingenuous results. The episode would have been exponentially better sticking to one singular plot instead of delivering such a schizophrenic approach. Moreover, there was a veiled attempt to incorporate an ethics lesson inside the nymphomaniac story; however, the trope was so buried and poorly relayed that it basically translated to: “Bribing judges is bad.” Weighty stuff, right there.

If the results had been a bit closer, I would have used individual theme songs as a tiebreaker. For that point, The Practice would have taken the cake.

There was no need to rely on that (incredibly) subjective metric, though. In a head-to-head matchup limited to only the two episodes I reviewed, I have to crown The Practice as superior to Boston Legal. The well-known caveat that a sequel rarely lives up to its predecessor might be in play here.

My final decision came down to each series’ overall delivery. The Practice portrayed a serious lesson on a serious manner. The entire environment played into the motif and promoted a true-to-form depiction of some challenging aspects of practicing law and, more specifically, litigating disputes. While there was one aspect that was a bit outside the realm of reality (the bar disciplinary hearings), more often than not, I was impressed.

Boston Legal, on the other hand, failed in all the ways The Practice succeeded. The representation of actually practicing law was disjointed at best, as the death penalty scenes have to be measured against the nymphomaniac thread. The series seemed adamant in finding a way—come hell or high water—to introduce a lighthearted aspect to an episode that should have been anything but. Consequently, everything involving two of the series heaviest hitters (Bergen and Shatner) was nothing more than throwaway material.

Now, some may balk at the idea of gaging an entire series’ worth based on only one episode. I can understand the concern, but we have to remember the reality of the situation: as much as I love writing this column and appreciate my audience, I don’t have the time to watch every episode of a series, and it wouldn’t matter if I did. Even within the microcosm of a television series, there can be certain seasons that are better (or worse) than others. There are just too many variables to formulate an exact science, and reviewing the highest-rated offering from each competitor is as good an option as any.

In closing, The Practice will be better received by fans who are more interested in the classic approach to law-related television. Conversely, Boston Legal may fair better with audiences looking for something more in line with many of the “newer-age” legal television offerings that forsake the tried-and-true “preserve the integrity of the profession” approach for a “behind-the-scenes on steroids” aspect.

To put it more simply, The Practice seems to know where its heart is located and does its best to stay true to its strengths, while Boston Legal is akin to the quintessential “jack-of-all-trades, master of none.”

Adam R. Banner is the founder and lead attorney of the Oklahoma Legal Group, a criminal defense law firm in Oklahoma City. His practice focuses solely on state and federal criminal defense. He represents the accused against allegations of sex crimes, violent crimes, drug crimes and white-collar crimes.

The study of law isn’t for everyone, yet its practice and procedure seems to permeate pop culture at an increasing rate. This column is about the intersection of law and pop culture in an attempt to separate the real from the ridiculous.

This column reflects the opinions of the author and not necessarily the views of the ABA Journal—or the American Bar Association.

Juries without COVID-19-conscious people may be more likely to convict, defense lawyers say

How to Successfully Manage Workforce Expansion in Your Small Business

How to Successfully Manage Workforce Expansion in Your Small Business

Now, I'm Not Saying COVID Is A Good Thing. But It Sure Did Motivate Folks…

Finding The Right eDiscovery Software: Your Guide Through A Grueling Process