How The SMART Copyright Act Will Help Cops Avoid Accountability 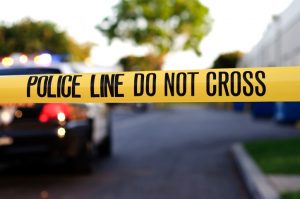 We’ve written a few times about the serious problems of the “SMART Copyright Act” from Senators Thom Tillis and Pat Leahy. However, Cory Doctorow alerts us to yet another reason why the bill is extremely problematic. As you’ll recall, the bill would allow the Copyright Office to basically designate “technical measures” that websites would have to employ in order to be protected by the DMCA. The barely hidden end-game of the copyright industry is that this would eventually lead to mandated upload filters for any website hosting user-generated content.

Of course, filters tend to be really really bad at getting stuff right. We’ve seen this over and over again with bogus Content ID issues. But, even worse, is that we’ve seen people learn how to abuse the problems with automated filters for their own advantage. And one example of that is the multiple stories we’ve had about police deliberately playing famous pop music while interacting with citizens filming them. At least some of the cops have admitted that they do this on purpose, in the belief that it will prevent these videos from going viral, as the copyright filters will stop it.

As Doctorow notes, in a world where the SMART Copyright Act becomes law, this kind of abuse to hide evidence of police overreach will become that much more difficult.

And this is important. Because while copyright system supporters hate to admit it, copyright is inherently an attack on free speech. The Supreme Court has said this attack is okay because there are certain “safety valves” like fair use built in, but so much of copyright policymaking likes to pretend that copyright has no impact on speech, and therefore does not even need to take into account the wider impact of expansive copyright laws.

I’m sure no one in either Tillis or Leahy’s office has even spent more than a second thinking about how their short-sighted copyright bill would do harm to police accountability (and, perhaps, if they have thought about it, they just don’t care), but this is exactly why rushing through bad copyright bills is so dangerous. The impact can be broad, and can violate fundamental rights of all sorts of people.

How The SMART Copyright Act Will Help Cops Avoid Accountability

How Can You Discover Hidden Assets When Collecting Damages?