If A Recession Hits Later This Year, Don’t Try To Ride It Out In Law School 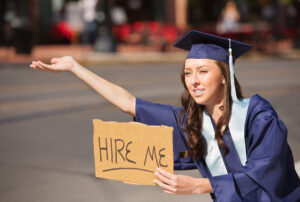 Civil litigators are used to victories and defeats in the margins. Every once in a while, a skilled lawyer can pull a rabbit out of a hat, but legal miracles are few and far between. Mostly you are imprisoned within the facts that a given case comes to you with.

That’s not to say the margins aren’t important. The effects of a small move, deftly executed, can compound. Sometimes small decisions have big impacts over time.

The same general principle applies to decisions about legal education. I wrote a book about attending law school debt-free (affiliate link), but I’m sorry to say that a book you can pick up for less than 15 bucks isn’t going to win you a full scholarship if you haven’t already built a pretty impressive academic record for at least the better part of a decade. For the right people though, who have the right backgrounds, it just might help push a few seemingly minor decisions in the right direction, to better overall results later in life.

Law school advice is like that. So, take my coming recommendation in that spirit: you’re going to be the same person whether or not you follow it, and who you are is the most important factor in your own future, but the intention is to help position you to do a little better now, so that you can hopefully find yourself in a superior orbit later.

Some financial analysts are predicting that the U.S. could enter a recession within the next year. Goldman Sachs has revised downward its forecast for economic growth in the U.S., and puts the chance of a recession over the next year at as high as 35%. Bank of America Corp., on the other hand, argues that there is a relatively low risk of an economic downturn at the moment, but sees the risk increasing substantially next year.

I have repeatedly pointed out that the American economy is, at present, in great shape. Yet, with the Federal Reserve turning hawkish, increasing inflation, and the breakout of war between Russia and Ukraine, the future of the economy is becoming murkier.

Whether a recession comes this year or not, one will arrive eventually. When it does, we know from history that a lot of people will seek refuge in law schools and in other types of graduate programs.

Although it seems intuitive, this is a terrible idea. It’s an alluring thought: when good jobs are scarce, why not go back to school, wait out the bad economy, and return gloriously into the job market more well-qualified than before? The trouble is, tens of thousands of your future competitors are having this exact same thought.

After the financial crisis of 2007-08, new entrants into the legal profession did not face their worst prospects right away. Sure, 2009 was not exactly a great year for legal jobs, but 2010 was even worse. Yet, the bottom was lower still. It seemed that 2011 saw the absolute worst job market for new lawyers in recent memory. Count that up — one, two, three — yep, those students who entered law school in 2008 and finished three years later got the worst of it.

That’s something I know a thing or two about beyond only looking at the data, given that I was one of them. It wasn’t pretty. I ultimately landed on my feet. But a number of my classmates did not.

We’ll see if the law school enrollment wave during the pandemic has already set in motion an expanding bubble in the entry-level legal job market. I’m worried about this (and sincerely hope my anxiety is misplaced).

I do not know your background, your experiences, or your ambitions. But one thing I do know is that you cannot uniquely time the U.S. economy better than every other potential law student out there so as to enter law school and the legal job market at a maximally advantageous time based on macroeconomic trends. The next time there is a recession, please don’t try to.

Jonathan Wolf is a civil litigator and author of Your Debt-Free JD (affiliate link). He has taught legal writing, written for a wide variety of publications, and made it both his business and his pleasure to be financially and scientifically literate. Any views he expresses are probably pure gold, but are nonetheless solely his own and should not be attributed to any organization with which he is affiliated. He wouldn’t want to share the credit anyway. He can be reached at jon_wolf@hotmail.com.

Scenarios Where San Joaquin Workers Need to Defend Themselves Against Harassment

Scenarios Where San Joaquin Workers Need to Defend Themselves Against Harassment

How Hard is It to Prove Sexual Harassment in El Paso?

The Most Billable Hours In Biglaw