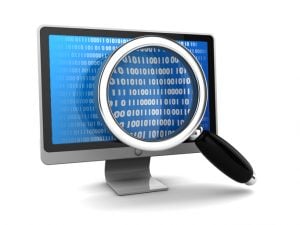 It’s been a while since the CLOC Global Institute ended, but there’s still a lot to talk about. It didn’t help that the Supreme Court went on a bit of a wild ride. But it’s never too late to talk about legal tech, so join me on this journey.

The vibe at CLOC isn’t as exhibitor-centric as some conferences, with a lot of the action in the training sessions for other legal ops personnel. That said, the exhibitor hall is as hopping as any I’ve encountered over the years if only because the conference attendees actually want to buy things. And moreover, they’re empowered to buy things. So many of the conferences we attend in this space involve one tier of a buying decision and exhibitors trying to establish inroads with one of many valuable stakeholders. But I kept talking to people actively looking for new solutions.

And with any exhibitor hall, there’s a theme. Legalweek is, perhaps unfairly at this point, “the eDiscovery conference.” Well, to the extent that’s true, CLOC would seem to be the contract lifecycle management conference. Which it is to some extent… but why are there so many eDiscovery providers here?

Chatting with Casepoint CEO Haresh Bhungalia, one reason is that companies are going where the clients really are. Legal operations is still evolving and as it matures, a role that began with deep ties to contract management has assumed more responsibility in the legal department. In those companies, the legal operations folks are driving the eDiscovery process.

This comports with one of the overarching themes of the show: as legal ops grows into into the chief operating officer of the legal department, it’s going to take on more of the tech acquisition responsibilities that general counsel, historically, don’t want to deal with — either out of ignorance or simply not having the time.

And with Casepoint’s deep involvement with the SEC, companies operating in the public space have an incentive to play in the same sandbox as their regulator.

Sanjay Manocha, Senior Director, Digital Risk & Compliance for Conduent Legal and Compliance Solutions, echoed legal operations’ expanded portfolio, but added that while Conduent has its roots in the eDiscovery side, it’s expanded to service other traditional legal ops needs. “Because what we’re seeing is… when you look at transactional side of the house, it’s increasingly talking about a broader contract compliance risk.” And, at the end of the day, that’s what eDiscovery technology is already doing, except reactively. Part of the appeal for legal ops is the chance to take eDiscovery technology and use it upstream in the deal process.

It obviously takes work — the transactional side is going to drive a lot more nuance than looking at documents for the purpose of litigation — but there are core technologies at play in both cases.

But is there really a space for repurposed eDiscovery vendors in the contract area? Manocha believes that organizations are more willing “to give more threads of service lines to a trusted partner. Bringing the right professional staff and expertise to the table.”

Maybe the truth of it is that this job function is still growing and there are a lot of opportunities out there for everyone. After years of eDiscovery talking about “expanding use cases,” legal ops may be opening the door.

8 Important Considerations When Filing for a Patent

How To Harness The Power Of Legal Directories