Ilya Shapiro Won’t Be Teaching At Georgetown. Here’s Why We Should Care. 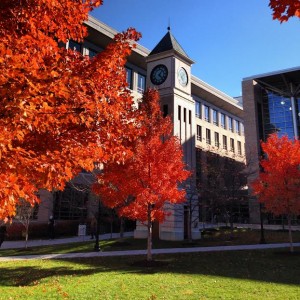 At some point earlier in the pandemic, I made a petty joke about Ilya Shapiro not having a career if he wasn’t able to complain about being a victim. I may have been on to something; he has recently decided to resign from his position at GULC after they gave him the okay to start molding the minds of our future lawyers.

Shapiro is not a fool, and rather than work under such conditions, he submitted his resignation this morning. National Review has obtained a copy of his letter of resignation, citing the “hostile work environment you . . . have created.” “You’ve made it impossible for me to fulfill the duties of my appointed post,” he writes; “you’ve painted a target on my back such that I could never do the job I was hired for.” By allowing any student to claim offense without proving that offense was intended or that comments were objectively offensive, “all sorts of comments that someone — anyone — could find offensive would subject me to disciplinary action. This would be a huge Sword of Damocles over my head as I try to engage in my educational mission.”

And he is right about one thing. No teacher should want — let alone have to — work at a “created hostile work environment” “with a target on their back such that they could never do the job they were hired for,” which is why I would like to give my condolences to the families and communities of Eva Mireles and Irma Garcia, the two teachers among the 19 children slain in the recent Uvalde mass shooting. They are victims of a gun culture that “painted a target on [their] back such that [they] can no longer do the job [they] were hired for.” And I feel for the current teachers elsewhere who feel as if the Sword of Damocles is upon them, such that they’ve begun sharing videos on how to guard their elementary or high school doors in the event that someone decides to shoot up their classroom after recess.

I’d also like to do my duties as some sort of journalist and be transparent here — I misused a metaphor above. Traditionally, the Sword of Damocles is a parable that attempts to explain the precarity of  power by imagining how a poor man would respond to wielding the wealth and authority of a king if they had to sit in a throne with a sword dangling above it. While Georgetown has a reputation of poorly paying its adjuncts, its placement in the T14 would still give Mr. Shapiro a level of prestige that the average teacher making $41k a year before taxes does not share in.

I would also like to add that while GULC has made it clear that they would have not tolerated or expected Mr. Shapiro to disparage Black women during his time at the law school, there was no word on if he would have been expected to bring a pistol to class when he taught. An obligation a growing number of people expect of elementary, middle, and high school teachers.

Well I say Let em all have guns!!! Teachers, students, principals!! Why not everyone? Then we can make it like the Wild West again, and everyone can just open carry and shoot anyone for anything! God these people are MORONIC!!!!!!!! https://t.co/WbXbZ3IMwB

No seriously, we live in a country where people would rather give teachers the responsibility of shooting a gunman or a child with a JR-15 in the head before they increase their salaries so they can afford to live near their jobs. That’ll probably be extra hard on math teachers. Can you imagine how hard it must be to keep an eye on little Timmy because he’s been fidgeting in his bookbag for a little too long while also trying to teach the rest of the class the quadratic equation? Maybe they’ll start adding mirrors to chalk boards so teachers can be prepared to shoot while they are facing the wall.

Back to the important thing at hand. Ilya won’t have to deal with any of that because he won’t be in a classroom. At GULC, at least. This is totally about free speech and fighting the culture war like he and National Review wants you to think. It has nothing to do with giving everyone a distraction from the reality that parents are afraid to send their children to school at a time when at least 44% of Republicans are treating school shootings like they’re treated COVID — maybe our natural immunity to bullets will just kick in if we build a tolerance to it via repeated exposure to dead children and thoughts and prayers.  It sure is comforting to know that they’re focusing on the real threat to our nation’s minds. The liberal agenda and cancel culture. Over time, they’ll surely learn to dodge bullets.

If you think I’m being too harsh on the man, please read his extended whining about how his feelings are hurt that other people can say big mean things but that he cannot. If you don’t have that much time to commit to more of a T14’er crying about how he’s the real victim, it’s basically a several hundred word long elaboration on this tweet.

Shapiro ends his soliloquy with the words “I won’t live this way.” Let’s keep focusing on him and ignore the children and teachers who go to school wondering if they’ll survive past the next period.

How Does a Homeowner with a Damaged Roof Submit an Insurance Claim?

How Does a Homeowner with a Damaged Roof Submit an Insurance Claim?