Is It Bad When Opposing Counsel’s Writes Judge, ‘Here We Are Again’? Asking For Elon Musk. 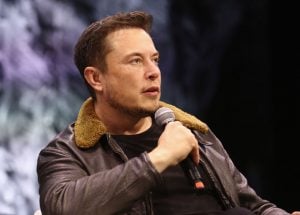 Elon Musk tried to buy Twitter. More accurately, “Elon Musk tried rile up his troll fanbase with a goof about buying Twitter.” But he took it too far, signing papers to overpay for the company while ordering his attorneys to waive due diligence protections because lawyers are smart and cautious and Elon Musk is not those things.

Now Twitter is taking him to court because contractual obligations are real things. Musk’s case wasn’t particular good from the start — except these guys making up different facts and laws to generate clickbait for Musk fanboys — but he might be making it a lot harder on himself with some dangerous discovery shenanigans.

In a recent letter, available here, Twitter’s counsel wrote the judge detailing a number of alleged discovery abuses. That it begins with “here we are again” is not encouraging for Musk’s fans.

Twitter is seeking Musk’s correspondence related to the deal. Musk’s production includes critical gaps at key junctures. Twitter asked if Musk used “self-deleting” platforms like Signal to guarantee that his messages would disappear so they could not be produced. Musk’s counsel said in April that he didn’t “ordinarily” use Signal. As gaps became more glaring, Twitter asked Musk’s team in September to re-confirm that this really wasn’t a gap caused by an effort to keep all discussions about breaching the contract on self-deleting message platforms. Musk’s lawyers responded, “neither Elon Musk nor Jared Birchall conducted business related to the Merger using Signal messages.”

You can imagine where this goes from here…

Third-party productions revealed that co-investor Marc Andreessen’s involvement in the deal arose through the app: “If you are considering equity partners, my growth fund is in for $250M with no additional work required.” That message was deleted by preset design (as indicated by the red-boxed timers), and is only available to Twitter because Andreessen’s fund took steps to preserve it.

The Stringer Bell Rule only works if you don’t take notes at all. You can’t leave a paper trail and just assume the other side will also delete their copy.

“Maybe Musk didn’t think litigation was in the offing during the relevant period?” you ask. Well…

Alex Spiro is not a deal lawyer. Musk was talking to his trial counsel during the relevant period. Pinpointing the moment litigation became “reasonably anticipated” can get fuzzy, but it’s safe to say it happens before “calling your litigators.”

There are other exchanges that Twitter now has that the letter describes as “neither produced nor logged,” which has a certain Airplane quality here of being offered steak and fish and saying, “yes, I had the lasagna.” You can do one or the other but doing nothing is traditionally frowned upon.

It’s almost as if people like Musk and Trump were put on this Earth to get their lawyers in trouble. There may not be a better explanation for these guys.

Musk’s strategy, at this point, seems to be to create enough smoke around Twitter’s bot representations — something Musk openly talked about not trusting before the deal and then waived any right to investigate — will spawn a government investigation that he could cite as an independent material adverse event.

He might pull it off, but getting on the judge’s bad side during discovery isn’t going to help.

Relocating As A Biglaw Lateral Associate: An FAQ

Relocating As A Biglaw Lateral Associate: An FAQ